Hot off the press cannabis, marijuana, cbd and hemp news from around the world on the WeedLife News Network.
3 minutes reading time (669 words) 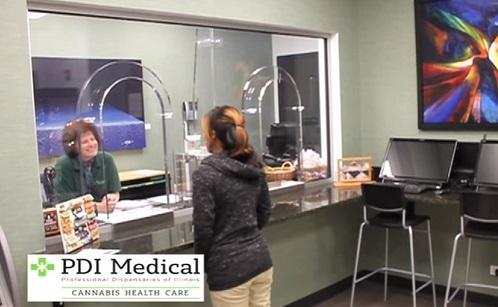 Some good news for medical marijuana patients in Illinois: Governor Bruce Rauner recently approved extending the state’s pilot program for another 2.5 years to mid-2020. He also included two more medical conditions to the 39 ailments that can currently be treated with medicinal cannabis as part of that program.

Bob Morgan, president of the Illinois Cannabis Bar Association, says the extension should be especially welcomed by the state’s fledgling medical cannabis businesses.

"That's got to be a relief to them, he told the Associated Press, “That they can just continue to operate a successful business and work toward servicing the community.”

And that community is growing rapidly. According to Joseph Friedman, Chief Operations Officer of PDI Medical, a medical cannabis dispensary in suburban Chicago, there are currently around 7,500 medical marijuana patients in the state – up from the initial 3,000 when the pilot program began late last year.

“And I understand there are about 10,000 or 15,000 patients in the queue right now,” he tells WeedWorthy. “Illinois has 13.5 million residents, and if even one percent is taking part this will be a successful program.”

Friedman, a certified pharmacist who’s on the board of the Medical Cannabis Alliance of Illinois, says more people are being drawn to medical marijuana as they seek alternatives to mainstream pharmaceuticals.

“The patients that walk into my dispensary have tried western medicine, they have tried all the prescription drugs,” he says. “A lot of them don’t like the side effects and they’re looking for answers. We provide those options and we’re actually seeing real positive proof that cannabis is in fact a valid option.”

Friedman says his interest in medicinal cannabis began in 2013, after watching some television reports on the subject. He did his research and became a medical marijuana advocate; publishing articles on its benefits in pharmacist trade magazines. He then began to give presentations at national pharmacy and healthcare organization conventions.

“When I gave my first presentation at the National Association of Specialty Pharmacy about three years ago I led off with an informal survey,” he remembers. “I would ask if pharmacists should be involved in the cannabis industry. And three years ago about half the hands would go up. More recently I did a presentation in Illinois to 125 pharmacists. And I asked that same question and 125 hands went up. So there is a groundswell of interest in learning more about this industry, because this industry is definitely moving on.”

That being said, it’s not easy to become a medical marijuana patient in Illinois. Friedman says that, along with an application fee, potential patients have to be fingerprinted and put through a criminal background check. And that process, he says, has probably discouraged many people who would otherwise benefit from medical cannabis.

But Friedman has become a state-licensed fingerprint vendor and works to help his clients with their applications. He also offers in-depth consultations that can last up to 90 minutes, to ensure they end up using the most effective cannabis strains and products for their ailments.

He also believes cannabis will eventually make its way off the Schedule One classification of the federal government’s Controlled Substances Act – which currently lists marijuana as one of the most dangerous drugs available, on a par with heroin, “with no currently accepted medical use and a high potential for abuse.”

“We’re at the inflection point of history right now,” he says, “and things are going to move forward with the cannabis industry in a way that’s never been seen before – or actually, maybe it did occur before in the 1930s, when it was sold in pharmacies. And when it gets rescheduled or de-scheduled it’s going to be a whole new ballgame.”