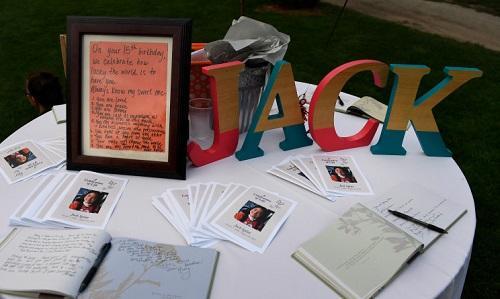 A crowd of hundreds on Thursday remembered Splitt, a Colorado teenager who battled cerebral palsy and whose lobbying efforts at the state Capitol changed the law not once but twice.

The three powerful lawmakers took their turns speaking before the crowd, each one struggling to find the right words.

If this had been a political rally, maybe the words would have come easier. But this was something much tougher. This was a memorial for Jack Splitt.

“How many 15-year-olds change the world the way Jack did?” state Rep. Jonathan Singer asked during his eulogy.