How does the death of Justice Scalia affect pending marijuana cases? 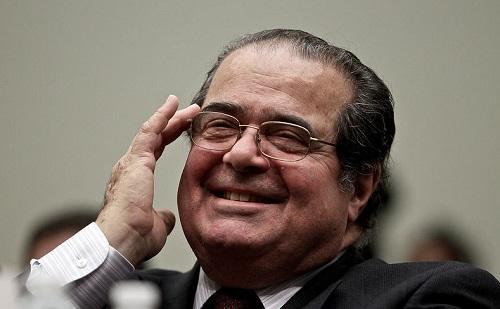 Scalia’s passing could bring a halt to the Supreme Court’s consideration of any major cannabis-related rulings, at least for now.

The death of Justice Antonin Scalia has sparked a new political controversy in an already super-charged election year, regarding who will fill his place on the U.S. Supreme Court and in what timeframe. Scalia’s death has also raises new questions about the federal government and its current prohibitions on marijuana.

Scalia is remembered as one of the more conservative justices in the Supreme Court’s modern history; but on occasion he was a supporter of a criminal defendant’s rights. That support includes at least one marijuana-related ruling before the high court: the 2001 case of Kyllo v. United States, where federal agents used thermal-imaging equipment to scan an Oregon residence for excessive heat from suspected indoor cannabis grows.

The 5-4 opinion in favor of Kyllo, the plaintiff, was delivered by Scalia; who called such government surveillance a “search” and “presumptively unreasonable without a warrant.”

Justice Scalia’s death has left the Supreme Court in a sort of legal limbo.

"The entire tenor of this term has now changed," Stephen Vladeck, a law professor at American University Washington College of Law, told CNN. "The court can try to go ahead, but on cases where they are split 4-4, their only options are to leave the lower court decision intact or to hold the case over until Justice Scalia's replacement is confirmed."

It has also created concerns regarding a major marijuana-related case currently being considered by the court: a lawsuit by Oklahoma and Nebraska against legalized cannabis in their neighbor, Colorado.

According to that lawsuit the state of Colorado, by legalizing marijuana for adults, has “created a dangerous gap in the federal drug control measures enacted by the United States Congress. Marijuana flows from this gap into neighboring states, undermining [their] own marijuana bans, draining their treasuries, and placing stress on their criminal justice systems.”

Given Justice Scalia’s passing, “there are definitely questions now about what happens next,” says Sam Kamin, Vicente Sederberg Professor of Marijuana Law and Policy at the University of Denver’s Strum College of Law.

The Supreme Court considered the Oklahoma/Nebraska case at their January and February conferences. However, “all of that is made more complicated by the fact that they only have eight justices now,” he tells WeedWorthy, “So I don’t know what they’re going to choose to do with it.”

Kamin also expects the Court to stay away from other marijuana legalization “test cases” this year. “I don’t think anything will get there in time,” he says, “but particularly now I think they’re not going to take a bunch of new cases; I think they’re just going to wait.”

As the cannabis industry expands, more growers are looking to greenhouses - Marijuana News

California is Finally Ready to Rein in Medical Pot

Cannabis compliance: a painstaking but essential part of the legal industry’s growth

Cannabis retailers are looking to cash in on the holiday cheer