Hot off the press cannabis, marijuana, cbd and hemp news from around the world on the WeedLife News Network.
1 minute reading time (165 words)
Featured 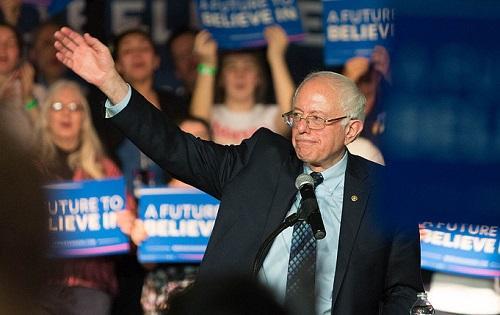 In the histories still to be written about the long, hard fight for federal cannabis reform, scholars will delineate between the only two epochs which really mattered: Before Bernie, and After Bernie.

Although the independent senator from Vermont failed to secure the Democratic nomination for president, he nevertheless did more to legalize it than any other presidential candidate in history – including Barack Obama.

Simply put, he changed the game. Just look at what Hillary was saying before Bernie came around. We can’t decriminalize drugs, she told a Mexican journalist back in 2011, “because there’s too much money in it.”

But after Bernie announced his candidacy for president in May 2015, Mrs. Clinton changed her tune. By November, she had suddenly realized that federal law had been severely hampering marijuana research and called for the herb to be moved out of Schedule I (no currently accepted medical use) of the Controlled Substances Act.

What Would the Marijuana Market Look Like Under a Bernie Sanders Presidency? – Marijuana News