Hot off the press cannabis, marijuana, cbd and hemp news from around the world on the WeedLife News Network.
4 minutes reading time (824 words)

The Sisters of the Valley strictly abide by lunar cycles for their work, as they believe this increases the healing powers of the plant.

Although they do not belong to any religious order, the Sisters of the Valley’s devotion is unquestionable. Also known as the “Weed Nuns”, these women are dedicated to growing cannabis and selling medicinal products derived from it.

Based in Merced (which means “mercy”, by the way), California, the organization has been working since 2015 and composed by women of all ages with a very clear goal: to share the medicinal benefits of cannabis and achieve its legalization. In addition, their end is to fight a medical system that has historically oppressed holistic medicine. 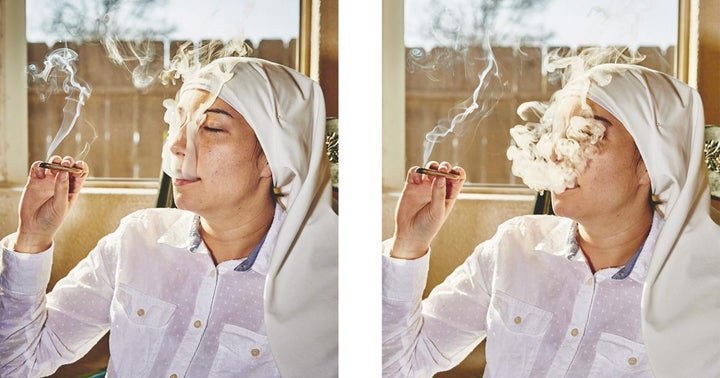 Photo by Shaughn and John.

All their products are CBD based. CBD, unlike THC, is non-psychoactive so it has no effect on the mind, but it is a powerful pain reliever and myorelaxant. In recent years, crucial research has been conducted regarding the use of CBD to treat many conditions, such as epilepsy, cancer, arthritis, stress and depression, among others.

The Sisters of the Valley strictly abide by lunar cycles for their work, as they believe this increases the healing powers of the plant. According to them, the two weeks following the new moon are ideal for medicinal development. In fact, they even sell cheaper products that they have not been able to create within the corresponding cycle. Their products include oils, soaps, balms, topicals, tinctures, and more.

Activism As A Vow

Not being nuns in the strict sense, they do not take Catholic vows, but they do have some of their own. Not to a religion or a god, but to a particular lifestyle. They are committed to providing services to suffering people, to living simply, and to respecting nature and moon cycles. They also include a vow of chastity, but clarify that this does not necessarily imply celibacy. 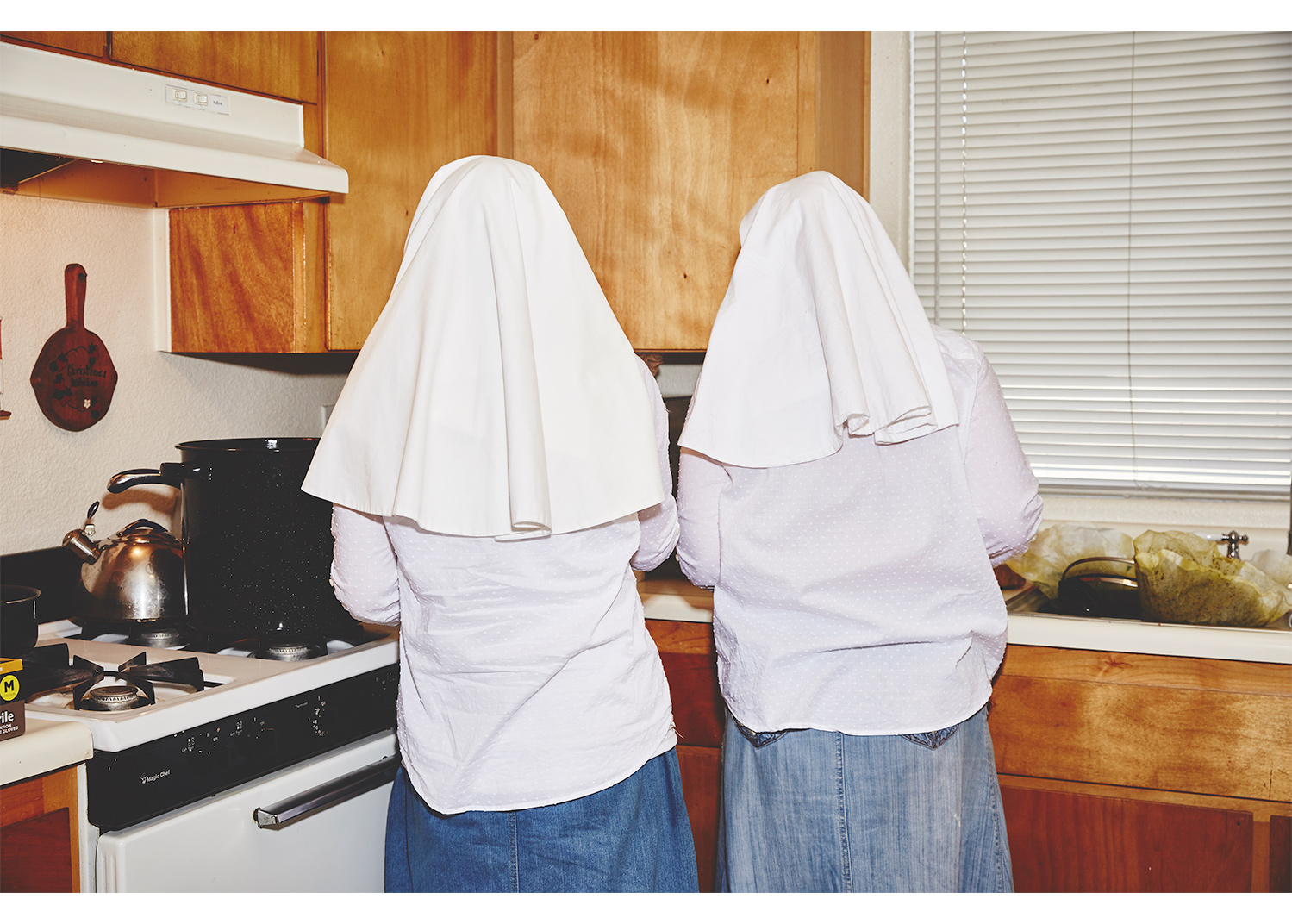 One of their most important pledges is the activism vow: the Sisters commit to spending several hours a week fighting for progressive causes in their communities. These causes are not limited to those related to marijuana; the Sisters also lend their voice to feminist and social equality struggles, among others.

This is not at all surprising considering that the organization’s founder, Sister Kate, has been an activist for a decade. In 2011, the United States Department of Agriculture responded to Michelle Obama’s concerns about children’s health by declaring that pizza sauce could be considered a vegetable. Then, Christine Meeusen declared that “if pizza is a vegetable, then I am a nun”, and began to dress as such when assisting protests. She was part of the Occupy Movement in 2011 and earned the nickname “Sister Occupy.” 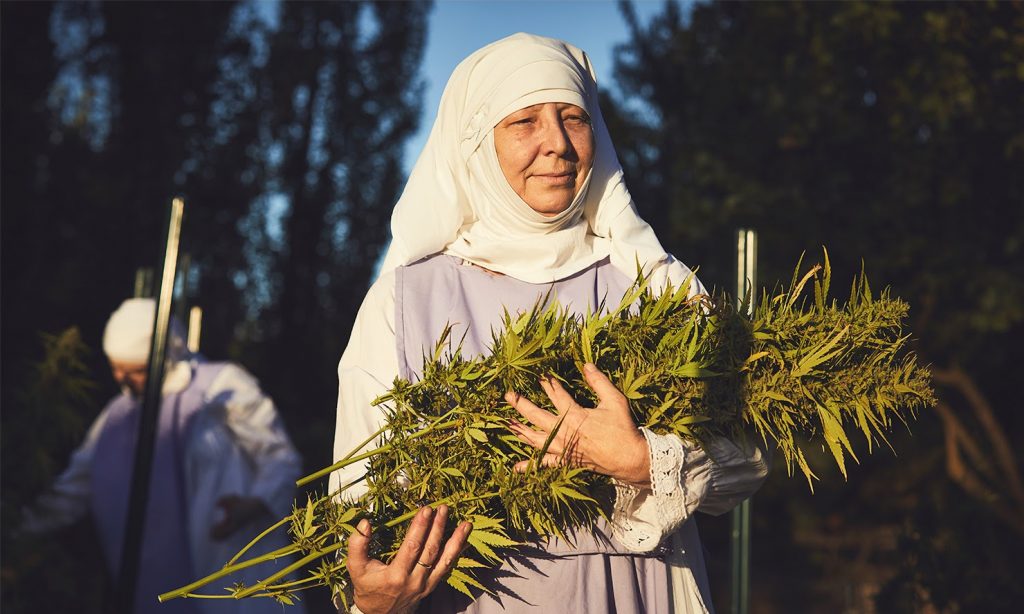 Having left her job in the corporate world, she is now known as Sister Kate, and she continues to use the habit to emphasize her spiritual commitment to her activity. She has also stated that “we need a new kind of nun”, as the archaic model no longer works. 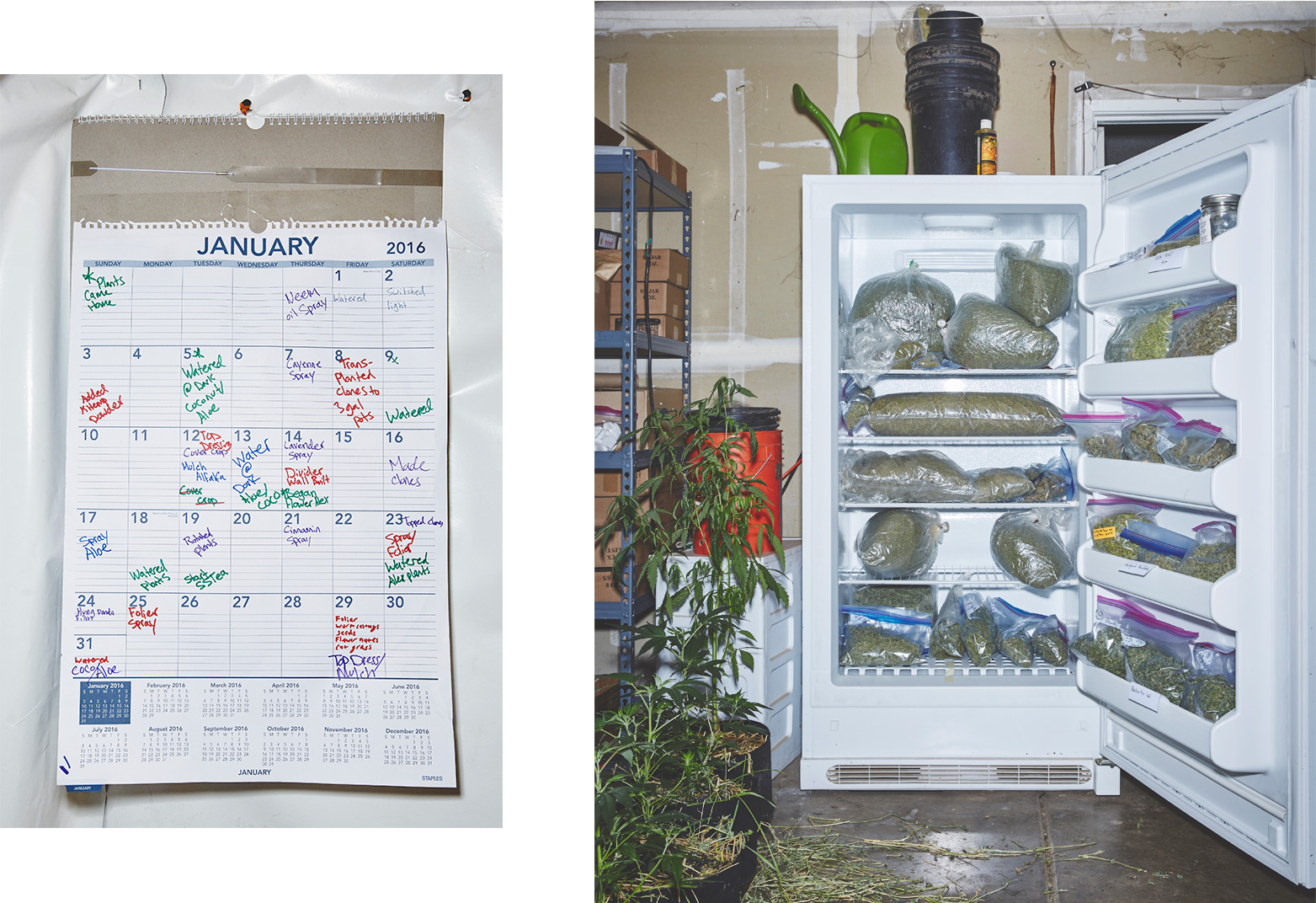 Sister Kate and her partner, Sister Darcy, aim to create “spiritual and honorable jobs for women.” The only requirements are a strong social and ecological commitment, and the desire to live and work as a community. After working there two years, women can choose to become Sisters and take the vows. Of the current members, only one has a background in the Catholic Church.

Their way of life has often been compared to that of the Beguines. In fact, they were a great source of inspiration for the Weed Nuns.

The Beguines were groups of Christian women that emerged in the 12th century. They engaged in charitable activities, worked independently, and owned land. They also produced literary material, took no vows and were allowed to leave the association whenever they chose to. To the surprise of absolutely no one, their medicinal practices and their rejection of the Catholic Church caused many to be persecuted and even burned at the stake. The Sisters of the Valley cannot escape this comparison: they know that their rituals, their mission and way of life would have condemned them to fire a couple of hundred years ago. This is why they place so much emphasis on social struggles and applaud the growing cultural and gender diversity in the cannabis arena.

Houston, We Have a Cannabis Problem!

CBD Food and Drinks are becoming more popular, but the FDA isn’t Biting

Marijuana vacation Rentals remain niche, but seem to be Catching On