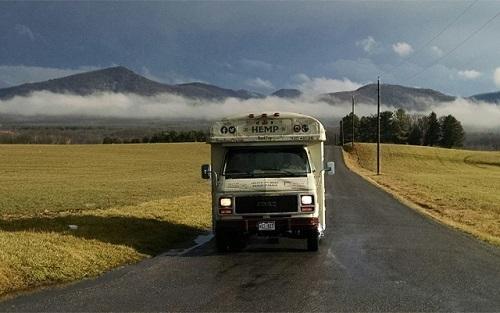 Hemp history week began on June 6, and one hemp businessman and activist is driving across the country for the second phase of his Hemp Road Trip, to show America the power of industrial hemp.

It’s a grassroots campaign to end the prohibition of hemp through education and gathering commitments from lawmakers to co-sponsor the Industrial Hemp Farming Act of 2015.

Currently, the proposed legislation has fourteen Senators and sixty-nine Congressional cosponsors on board.

“The number one myth is that hemp is a drug like marijuana – that it gets you high,” says Rick Trojan.

Medical Marijuana Study Shows Stunning Effect On T...
Libertarian Johnson would not use marijuana as pre...