Hot off the press cannabis, marijuana, cbd and hemp news from around the world on the WeedLife News Network.
4 minutes reading time (715 words) 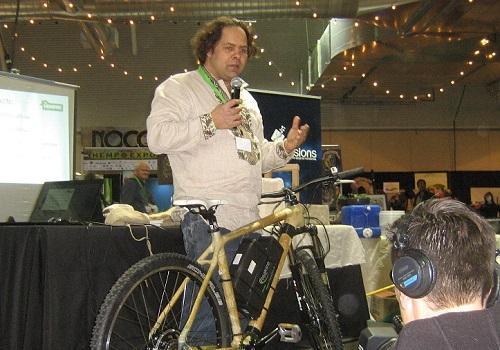 The expo comes as hemp advocates say the current Industrial Hemp Farming Act could be the most important jobs bill that Congress sees this session.

At a convention center in Loveland, Colorado – an agricultural area surrounded by cattle feed yards, wheat fields and the occasional oil rig – thousands of attendees turned out for the third annual NoCo Hemp Expo earlier this month.

The event was about double the size of the previous year’s, with over 130 exhibitors, 75 speakers and about a dozen workshops for those interested in the rapidly-growing industrial hemp industry.

“I love the energy here,” said David Neisingh, co-founder of Reakiro Labs, a European-based firm that specializes in hemp production, investment and development. As one of the expo’s featured speakers, Neisingh showed off a bicycle with a frame made mostly from hemp, and powered by a hemp-oil motor.

While Europe and other parts of the world have been producing, selling and perfecting hemp products for decades, federal U.S. laws still prohibit most hemp production due to the Controlled Substances Act (CSA), which considers hemp to be on the same level with marijuana, its varietal cousin. Hemp, like marijuana, comes from the cannabis sativa plant – but unlike marijuana industrial hemp contains only trace amounts of THC, the chemical compound that gives marijuana its high.

Hemp’s uses as food, clothing and medicine have been making headlines for years – and a lot of attention has been focused recently on how cannabidiol (CBD), a compound derived from hemp, may have significant healthcare uses in relieving epilepsy, Crohn’s Disease and other ailments.

Hemp is also making rapid inroads in construction, with materials such as hempcrete, as well as in auto body production.

“There’s actually a huge demand for non-woven (hemp) fibers for the auto industry,” Neisingh noted. “Just take Renault and Peugeot, the French (car) manufacturers. They said they need about 50-thousand hectares, which is about 125-thousand acres, just to supply their own demand.”

“I think America is waking up to hemp being so versatile, its having so many different applications and being so sustainable,” she noted. Before its prohibition in the 1970s hemp was a major part of American agriculture, “so we have a crop that has a real history in the United States and I think people are relearning that.”

The major challenge for the reintroduction of American hemp, Abraham says, is to educate both lawmakers and the general public on the differences between marijuana and industrial hemp – and to get industrial hemp de-scheduled from the CSA.

She points to the Industrial Hemp Farming Act of 2015, which is currently working its way through Congress and which would amend the Controlled Substances Act to exclude industrial hemp from the official definition of marijuana.

What’s encouraging, she says, is that the Industrial Hemp Farming Act is getting bipartisan support in both the U.S. Senate and House of Representatives, from lawmakers representing more than half of U.S. states.

And there are hopes the excitement created by events like the NoCo Hemp Expo will create fresh momentum for the industrial hemp movement, as well as creating a new job market.

'Canna-bus' to give pot users in Portland a new ex...
Senators held a hearing to remind you that ‘good p...