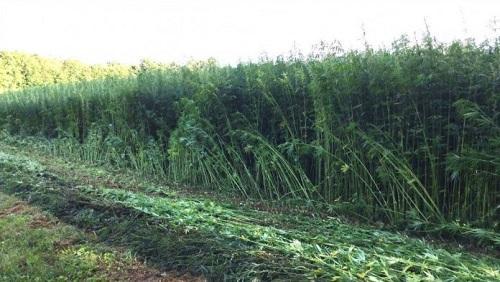 SALEM, Ohio — Hemp isn’t marijuana. But the reputation that accompanies marijuana seems to be stunting the growth of what could be America’s next cash crop.

By some estimates, hemp is used in 25,000 products worldwide. The U.S. market, estimated at $600 million, is supplied totally by imported hemp today.

Industrial hemp was grown commercially in the United States until after World War II, when it became regulated, along with marijuana, and its cultivation was prohibited.