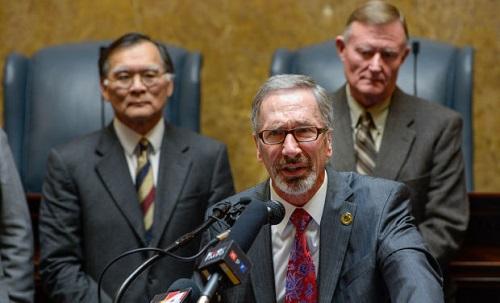 SALT LAKE CITY — Utah medical marijuana proponents have found a new legislative sponsor as they gear up to take another run next year at pushing through a measure to make pot legal for people with certain medical conditions.

Rep. Gage Froerer, R-Huntsville, said Wednesday that he plans to sponsor a medical marijuana bill that combines the best parts of the two competing cannabis proposals that died during the 2016 session.

He is open to suggestions, but he envisions it helping people with a wide array of medical conditions and having a THC component, the hallucinogenic chemical in marijuana.

“Everything at this point in time should be on the table,” Froerer said.