Hot off the press cannabis, marijuana, cbd and hemp news from around the world on the WeedLife News Network.
4 minutes reading time (760 words)

Getting past the stereotypes: Helping to update the image and message of legal cannabis – Marijuana News 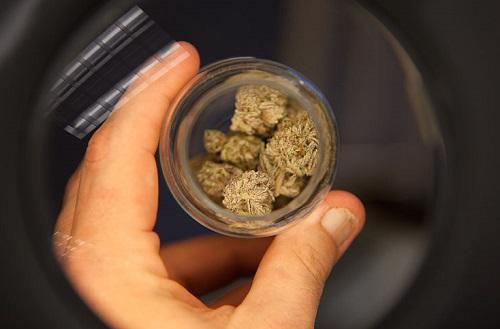 How good communications from your cannabis business can help advance the national dialogue on marijuana legalization.

Some people within marijuana’s business culture still wear the “stoner” label with pride; showing solidarity with the men and women who brought cannabis into national awareness more than a half-century ago.

But times have surely changed and the legal cannabis industry has evolved into something that most marijuana enthusiasts in the 60s, 70s and 80s would have considered a pipe dream: a legitimate, multi-billion-dollar industry that Washington, D.C., Wall Street and other parts of America’s political and economic sector now scrutinize closely.

Which raises the question: has legal cannabis earned the respect many would say it is due as a mature business sector, and as one of the fastest growing industries in the U.S.? Not really, if you look at how it’s still covered and characterized by the mass media.

One of the services offered by The WeedLife Network, my home-away-from-home, is media training for cannabis industry professionals. That means working with cannabis executives and their colleagues, to help them to communicate clearly and concisely during broadcast, print and online interviews. What’s frustrating, however, is the sophomoric and just-plain-silly level of questions that many of these intelligent, knowledgeable and hard-working people will often get from reporters.

It appears the media’s default perception of legal marijuana is still stuck on the Cheech & Chong or “Fast Times at Ridgemont High” stereotypes.

But that ignorance about legal cannabis is something we should view as a challenge. We have an opportunity and obligation to help educate the media and the general public about how legal marijuana works, especially if we want our work to be taken seriously.

Thankfully there are already some people who are taking this issue to heart. Tech Insider recently reported on how the Drug Policy Alliance has put together its own library of stock photos, showing everyday professionals enjoying marijuana. These images are a welcome alternative to the standard pictures of blissed-out, teenaged dread-locked hippie wannabes, wreathed in clouds of smoke, that many media groups will gravitate towards when they want to illustrate a cannabis-centric story or article.

Mike Ray, with the San Francisco-based medical marijuana company Bloom Farms, tells Tech Insider those clichéd images not only reinforce the stoner stereotype but also turn “most of the mature and responsible demographic away immediately."

Some experts, meanwhile, say business professionals in the legal marijuana sector need to begin some serious conversations with their counterparts in communications.

“It all starts with doing your homework, with research and focus groups,” says Greg Wagner, professor and Marketing Internship Director at the University of Denver’s Daniels College of Business. He also served as creative director for the D’Arcy and Leo Burnet advertising firms and is a self-described “veteran of the ad wars.”

Wagner says one of the legal cannabis industry’s major challenges is changing current beliefs and misconceptions about marijuana while raising awareness of “the brand’s” positives. And that means getting insights into what consumers currently believe are the pros and cons of cannabis.

Wagner says such research can even be done on the cheap, if you’re willing to put in the effort.

“My students do this all the time,” he tells me, recounting how one of his classes used Survey Monkey – the free or nearly-free online survey software – to collect over 100 responses for an automotive marketing project.

Wagner also believes the cannabis industry would do well to put away marijuana’s hippie/stoner image, or at least put it into some historic context. And he suggests considering Millennials, whose cohort will reportedly make up more than one-third of adult Americans by 2020, as the main consumer base for legal cannabis.

Those Millennials, says Wagner, look at cannabis with fresh eyes. They also realize that legal marijuana is a far different product from what their parents or grandparents might have smoked back in the day.

“It’s stronger, more sophisticated: there’s different ways of smoking it and consuming it,” he adds.

Another important challenge for the cannabis industry, he tells me, is the need to “elevate” legal cannabis – and not only when it comes to branding and marketing.

And I agree with that assessment. As industry professionals, it’s in our best interest to try and elevate the national dialogue about marijuana. Those current stereotypes can be replaced with more realistic and balanced viewpoints, if we work to educate both media professionals and the general public, and to also underscore how legal marijuana is part of a mature, transparent and responsible business sector.