Hot off the press cannabis, marijuana, cbd and hemp news from around the world on the WeedLife News Network.
3 minutes reading time (585 words)
Featured 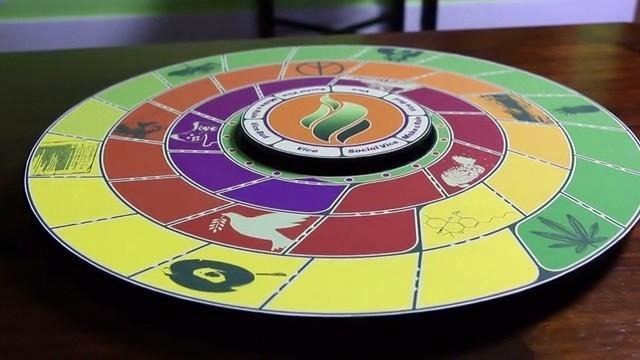 Bruce Kennedy ~ WeedWorthy ~
A Silicon Valley veteran wants to become the next Milton Bradley with his cannabis trivia board game.

~
Think computers and video amusements have killed off the board game? Think again.
According to new market research from the pop culture website ICv2, the overall, retail “hobby game market” in the U.S. and Canada totaled around $700 million in 2013. And of that overall hobby game market, board game sales came in at $75 million.
“The last 10 years has seen an insane development in board gaming,” Mike Camp, owner of Heroes and Villains comic book store in Tucson, recently told Tuscon.com.  “It went from being Parker Brothers and Milton Bradley to other legitimate offerings that are broad spectrum. Lots of cool things are happening.”
Mike Siffin, the founder and CEO of Hash Brothers Entertainment, is ready to become part of that board game renaissance with his all-things-cannabis, “Pipes & Lighters” board game.
After 25 years of work in Silicon Valley, Siffin and his family moved to Colorado Springs, looking for change.  He says he had an epiphany while partying with some friends in Arizona and came up with a concept: a marijuana board game, played on a specially-designed Lazy Susan surface that can be flipped over at the end to provide the players with a “munchies board.”
And while the game’s name is a nod to the classic “Chutes and Ladders” board game, Siffin says Pipes & Lighters isn’t just rolling dice and moving pieces around, but rather a trivia and mental skill game meant to engage a wide demographic of cannabis enthusiasts.
“I see the game being used in a college dorm,” he tells WeedWorthy, “or after the ski day at the condo or lodge for adults.”
Siffin had a mechanical engineer from Carnegie Mellon design the game, and then dropped several thousand dollars of his own money to develop the prototype. And he believes Pipes & Lighters comes at a time when both the rising cannabis culture and the revival of board games are converging.
“A lot of people are getting turned off from being plugged-in so much,” he says. “They want some interaction and want a game night to reengage. And I think our game gives them that opportunity.”
A game of Pipes & Lighters has no set duration. And given how cannabis can affect a person’s sense of time, Siffin sees that open-endedness as a plus for his game. “It can take 40 minutes; it can take two hours and 40 minutes,” he laughs.
Siffin is looking for an investor to take Pipes & Lighters to the next phase – which, along with the board game, could eventually mean a downloadable version for smart phones. And while he’s aware that anything linked to marijuana still carries a stigma with some consumers, he’s thinks his timing is right.
“Like the tech industry, early adopters have to cross the chasm,” he says. “It takes time and it takes setbacks and you have to overcome them. But if you look at the acceptance of cannabis, I think it’s just a matter of time. I think I’m well-positioned, kind of…on a wave that hasn’t crested yet, to become the Milton Bradley of the cannabis industry.”
~
Tags:
Marijuana Entertainment, WeedWorthy Entertainment News, WeedWorthy Finance News, WeedWorthy US News, Marijuana and small business, cannabis trivia board game, hobby game market,
×
Stay Informed

Pot Risk vs. Profit: Bankers Cautious of Marijuana...
Feds limit research on marijuana for medical use