Hot off the press cannabis, marijuana, cbd and hemp news from around the world on the WeedLife News Network.
4 minutes reading time (701 words) 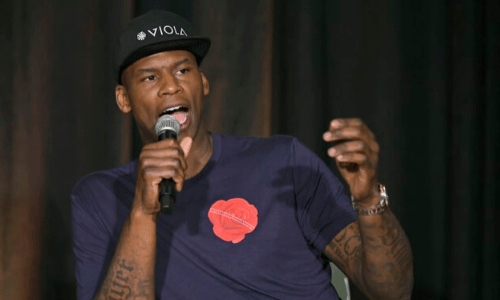 Harrington, now CEO of cannabis company Viola Brands, said one of the ways he'll achieve the mission to help 100 Black people through an incubator program that allows black market cannabis products to turn legitimate with the help of his company.

"A lot of brands that are on the black market that has a lot of credibility and unbelievable following, have market share, but they just don't know how to get into the legal market," Harrington said.

Harrington said entrepreneurs in the cannabis field find it "nearly impossible to get a license" to grow and monetize products in states where marijuana is legal. Harrington added some products could have "million dollar valuations" if promoted and distributed correctly.

As states like New Jersey and New York (which projects $772 million in tax revenue) are getting closer to the legalization of cannabis, Harrington has advocated for diversity in the sector, especially when considering that Blacks have received harsher prison sentences for marijuana offenses before legalization.

"That is something I will continue to harp on; continue to bring awareness to because once again, I feel like the war on drugs was aimed towards our community, and they used cannabis as pretty much the main drug to continue to lock us up," Harrington said "All this money being made now, we're not represented; we're not there. I feel like we pioneered this industry."

Viola closed on a $16 million Series A funding round last October, adding new investors from ex-athletes, including Harrington's close NBA brethren, Stephen Jackson, who made headlines after calling for justice in the death of George Floyd who died on May 25 in Minnesota.

"We're going to continue to support him as he supported us," Harrington said of Jackson, adding he plans to donate 20,000 CBD topical creams to protesters who suffer from chronic pain.

Floyd's death has sparked a renewed conversation around police brutality and racial and social injustice against Black people. Harrington said he wants the discussion about the lack of economic opportunities in Black communities to continue, especially with its spending power.

According to a 2018 study completed by global research firm Nielsen, Black spending power reached $1.3 trillion and is projected to increase to $1.54 trillion by 2022. Harrington said he wanted to bring more awareness about the influence of the "Black dollar."

"What I'm hoping is that we use this time to educate ourselves and realize that we have a lot of power amongst ourselves if we just pay attention and support one another," Harrington said.

The former NBA forward also called on corporations who have donated money in the wake of Floyd's death to access Black athletes. Harrington said sports figures could help "because they are really in the neighborhood or know people from the neighborhood" and can "see if [the funds] have an impact on people."

Corporations including Bank of America ($1 billion), PayPal ($530 million), and the National Football League ($250 million) have all pledged funds to help combat social injustice and bring economic stability to Black communities.

Williams, a long time business strategist and former executive with the NFL and National Basketball Association, said that in some cases, 80% of the funds go to operations of the "strategists" with little remaining to "trickle down to communities that need the financial assistance."

He called for corporate donors to create groups "to examine exactly what is happening to the money. When you're spending that kind of money, it's worth it to ensure that it's not wasted," Williams said.

Harrington added companies need to offer more than a "big statement that we're donating money" and offer more opportunities. "And that's what my company is all about," he said. "I want to use Viola as a platform to educate, uplift, and empower people."