US govt. growing largest crop of marijuana for research in 5 years - Cannabis News 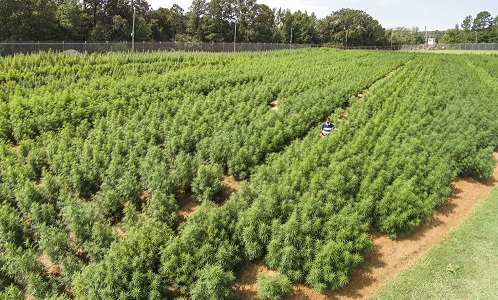 The U.S. government is growing the largest crop of research marijuana in five years, responding to interest in varieties with high levels of THC and CBD.

The government is the only source of pot for nearly all research in the U.S., while it still considers it illegal and dangerous.

Scientists have asked for weed that more closely matches what’s sold in states that have legalized medical or recreational marijuana, the National Institute on Drug Abuse said in an email Thursday to The Associated Press.

The federal agency said it plans to grow 2,000 kilograms (4,409 pounds) this year at the University of Mississippi, which holds the sole federal contract for producing marijuana.

Oregon Marijuana Surplus a Cautionary Tale for Oth...
Why Cannabis Buyers Are Uniquely Vulnerable to Cyb...