The further cannabis is legitimized through standardization and the spreading of information, the more likely positive treatment outcomes are.

For decades now, cannabis has been treated as a joke medicine, or worse. Fortunately, since 2020, we’ve seen several groundbreaking studies that have begun dispelling cannabis’s negative reputation.

In a December 2020 study by the University of New Mexico published in the Journal of Cannabinoid Research, researchers reviewed data collected from 2306 self-administered doses of cannabis flower by 670 participants via a cannabis tracking app called Releaf.

From that data, researchers found that decreases in symptom intensity were reported in 95.51% of cannabis sessions. Additionally, higher CBD concentration was not associated with changes in intensity of symptoms while higher THC concentration was associated with reductions in negative symptoms. Yet, cultivars labeled indica provided better results than cultivars labeled sativa. While the labels sativa and indica have been discounted, this study used them to match the consumer’s market options.

Although paranoia has commonly been associated with cannabis, this study found that people were much more likely to report positive effects after ingesting cannabis than negative ones. Due to this, the authors have hypothesized that the classic paranoia may have more to do with the illegality of cannabis than the inherent effects of the plant. They also hypothesize that this positive profile is why many patients choose to substitute cannabis for traditional pharmacological substances such as benzodiazepines, atypical antipsychotics, SSRIs, beta-blockers, and other medications meant to treat negative affect.

In contrast to the idea that THC causes anxiety, the study found that: “…the fact that higher THC appears to confer greater anxiolytic effects in our study at higher THC levels suggests that the whole natural Cannabis plant may act very differently on the brain as compared to synthetic or derived THC isolates.” While there was a lack of absolute control over the experiment, Releaf represents an innovative solution that allows for reliable and comfortably supplied information to be reported.

Researchers concluded that “the side effects reported in the current study were relatively less severe than the more serious medical and sometimes societal problems caused by some conventional prescription (e.g., benzodiazepines and barbiturates) and nonprescription (e.g., alcohol) drugs most used for treating common forms of distress. Our findings suggest that self-directed use of Cannabis flower, especially that with higher THC levels, is associated with significant improvements in at least short-term feelings of distress in many users, likely a contributing factor to its widespread popularity and consumption in the U.S.” 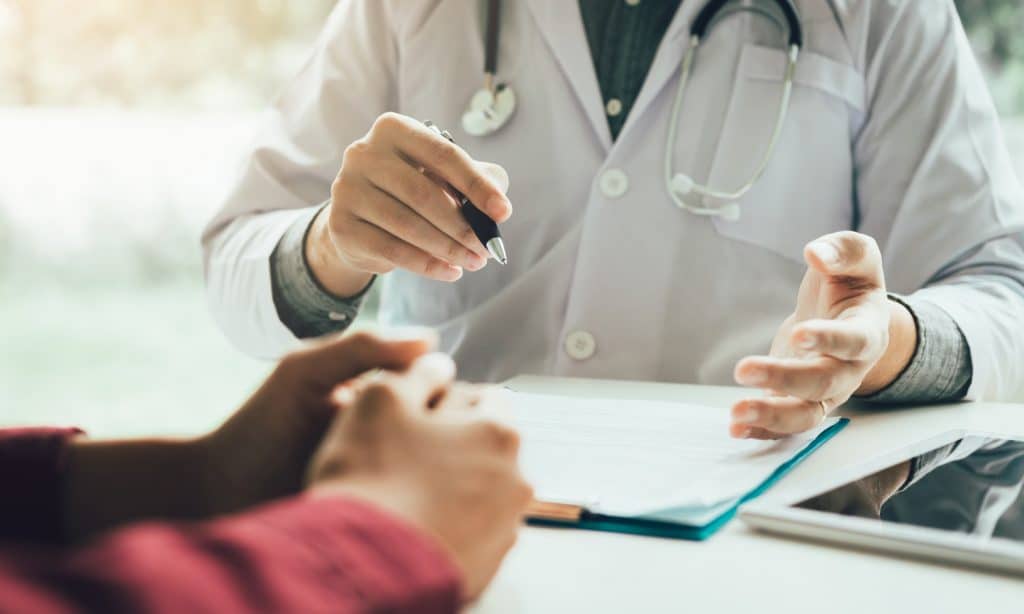 U Of M and Bridging the Gap Between Physicians And Patients

Kevin Boehnke of the University of Michigan led a recent study published in the Journal of Cannabis Research that focused on the relationship between physician and patient.

Seventy-four percent of participants reported that they never saw the person who authorized them for medical cannabis ever again. And 87% of those who substituted cannabis for another medication reported doing so based on their own experience, while only 18% said their doctor advised them.

Another survey, this time for physicians, found that 34% of doctors knew that cannabis was a Schedule I drug, 68% knew it was federally illegal, and 65% could correctly identify the legality of cannabis in their state of residence. The gap between physicians and patients isn’t only due to a lack of patient education.

However, as the Michigan study reports, further research and treatment should focus on harm-reduction strategies aligned with practical dosing guidance, especially for conditions where data on treatment with cannabis is sparse. Otherwise, the survey found that doctors highly knowledgeable about cannabis were more likely to have patients that were honest and compliant. The more doctors are informed, the higher patient trust is.

Creating such an environment to foster those relationships is difficult when only 9% of medical schools cover medical cannabis and about 80% of physicians reported needing additional cannabis education. Thus, aggressive, particular, and in-depth research is necessary to maximize positive outcomes in a clinical setting.

Across the world, research has found that the most common reason people use cannabis is to treat pain. Neither Washington nor Colorado saw an increase in adolescents being treated for hard drugs after cannabis legalization. A D.C. analysis concluded similarly. And a September 2020 study found that cannabis “patients reported medication use less than the general US population overall.”

In an overmedicated world suffering from a litany of chronic conditions, we can only benefit from energetically researching alternative treatment options with milder side effect profiles. Cannabis remains an excellent opportunity for holistic medicine. As the University of Michigan study suggests, the further cannabis is legitimized through standardization and the spreading of information, the more likely positive treatment outcomes are.

CBD Vaping – What’s the Difference Between CBD E-L...
How CBD Can Help You Feel Fuller Longer