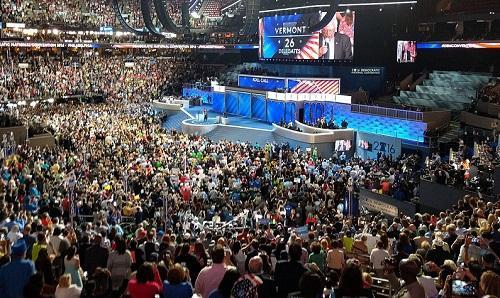 WASHINGTON – Democrats meeting in Philadelphia have made history, voting to approve a national platform that endorses a “pathway” for the legalization of marijuana.

When former candidate Bernie Sanders boasted Monday night that he had helped create “the most progressive platform in the history of the Democratic Party,” he made no mention of the pot plank, which calls for “a reasoned pathway for future legalization.”

But it came as a clear victory for him and his supporters. As a first step toward legalization, the platform, approved Monday, calls for removing marijuana from the federal government’s list of Schedule 1 drugs, those considered the most dangerous.