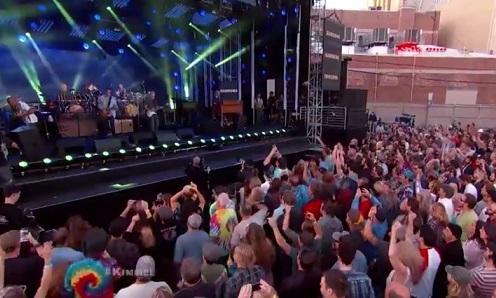 Dead and Company is the super collaboration featuring members of the Grateful Dead performing alongside John Mayer. Last night, the band were booked for Jimmy Kimmel Live, and like the jam band that they are, Dead and Company used the appearance to campaign for nationwide marijuana legalization.

According to the LA Times, the band brought along 300 fans to last night’s performance, all of who wore pro-marijuana T-shirts and carried signs.

Some folks even dressed up as giant joints. Dead and Company also sought to have the performance sponsored by a marijuana-advocacy group, but were rebuffed by the Disney-owned ABC.