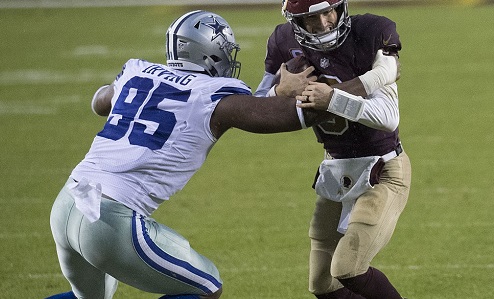 Back in June the team announced that Irving would be suspended for the first four games of the season for violating the NFL's drug policies, and that he would be attending mandatory rehab.

For a while, fans had no idea what Irving had done, but he cleared the air about the incident last Friday via Instagram, where Irving explained that he "got suspended for weed."

Everything You Need To Know About Cannabis Oil - C...
Cannabis Is Creating A Boom For Biological Pestici...