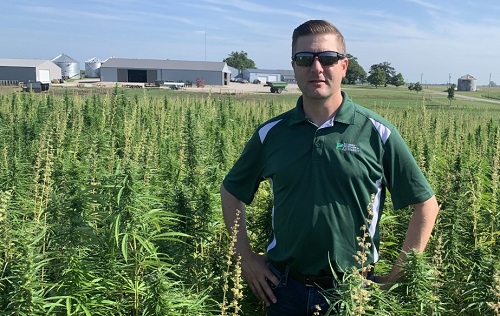 In early April, the Illinois Department of Agriculture (IDOA) released its final harvest numbers for the 2019 hemp season, its first year of legal cultivation in decades. And considering the weather challenges the state faced last year, the data is being interpreted as surprisingly positive.

According to IDOA, of the 651 hemp growers’ licenses issued for the 2019 season, all but 137 planted at least an acre of hemp.

The final result for the season was 2.27 million pounds of total yield, with 73% of planted acres harvested, a very high ratio of planted to harvested acres compared to most other states where hemp was cultivated in 2019.

Coronavirus changing the cannabis game ahead of 4/...
Marijuana Has Been Deemed ‘Essential’, But Essenti...