Hot off the press cannabis, marijuana, cbd and hemp news from around the world on the WeedLife News Network.
5 minutes reading time (1006 words) 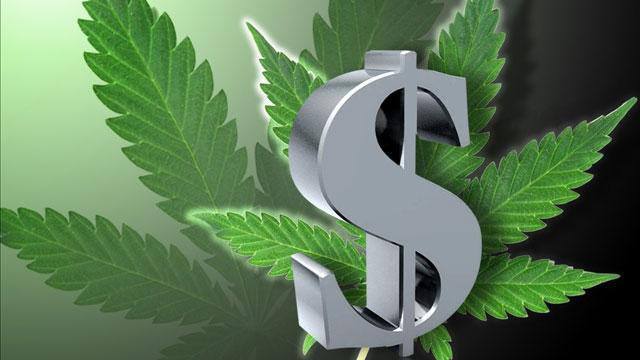 Bridgett Weaver ~ Greeley Tribune
Colorado made more than $52 million in tax revenue from the sale of recreational marijuana last year, creating for some small business owners a booming and legitimate business.

~
Investors from all over the country are pouring into that state to take a bite out of this slightly intoxicating brownie, including the highly educated such as chemists and businessmen.
"This is big business now," High Times Magazine Editor Dan Skye said. "People are buying up huge properties. The gross sales increase dramatically every month."
Marijuana business owners struggle for legitimacy as the feds still outlaw it, and as such, business owners don't enjoy the tax breaks of other businesses, nor are they allowed to put their profits in the bank. In Colorado, however, the pot business is booming and bringing in the revenues.
A study done by the state Department of Revenue found the demand for marijuana by Colorado residents over 21 was an estimated 121.4 metric tons in 2014. The demand by out of state visitors was an estimated 8.9 metric tons, making for a total of 130.3 metric tons sold in 2014.
"People have this interpretation that there's a lot of people who use marijuana, but we found there was only 9 percent of the adult population that use it regularly," said Natriece Bryant, a communications specialist with the Colorado Department of Revenue.
An estimated 487,000 adults consume marijuana once or more per month, Bryant said.
Bryant said the state last year brought in $63.4 million from taxes on marijuana sales alone, not including licensing fees. This broke down to $52.5 million from recreational sales and $10.8 million from medical sales. For recreational sales, the state charges a 15 percent excise tax and a special sales tax of 10 percent on top of the 2.9 percent general state sales tax.
Skye, who is based in New York, said there is still outside sentiment that marijuana continues to be a dangerous drug, but Colorado may be disproving that theory with the business its garnered with recreational sales.
People near and far are watching with bated breath as Colorado and Washington pave the way for future legalization and enough benefits have already been seen that other states have begun the process.
"We're under a microscope," said John Rotherham, the owner of Nature's Herbs and Wellness, 522 27th St., in Garden City. "The whole world wants us to fail."
Rotherham wants to run a legitimate business. He does not want the impression out there he is just providing drugs to the Harold and Kumar-type stoners.
"We run just like every other business does," Rotherham said. "But it's very tough. Trust me."
Since marijuana is still illegal at the federal level, Rotherham said he can't have a bank account linked to his business because it's considered drug money laundering. Marijuana businesses also are denied any tax deductions given to other businesses, Rotherham said.
Marijuana was outlawed in the 1930s, but the prohibition challenge began in 1996, when Oregon and California legalized medicinal marijuana. Since then, 23 states have legalized medical marijuana and four have legalized recreational use. Nature's Herbs and Wellness's head grower and manager Tucker Eldridge said they help many people now with medical marijuana and it's a profitable business on the recreation side.
While the negative stigma is easing some, Rotherham and Eldridge agree the fight is not over. But people are now realizing that marijuana isn't as bad as has been made out for several decades.
"It's not the threat that it was perceived to be for the past 70 years," Eldridge said.
Skye said there is nothing out there yet like Colorado's and Washington's weed stores, but other states are working toward it.
"We've got a lot of new blood coming into the industry," Skye said. "A lot of people who are experts in other fields."
At Nature's Herbs and Wellness, they already employ several experts from other industries, such as a chemist who helps make the edibles and oils. Nature's Herbs and Wellness helps between 300 and 400 patients on a daily basis, Eldridge said.
"There's no damage to the fabric of America," Skye said. "There's just more tax revenue and fewer people in jail."
Everything in a marijuana store is tracked in a state program. Each plant is tracked by a bar code from the time it's planted until it's sold, Eldridge explained.
Feb. 1 marked the start of new packaging requirements for edibles, so they are childproof -- something to which Rotherham was more than happy to adhere at Nature's Herbs and Wellness.
Rotherham said he wants to be compliant with these requirements, first, because his business is legitimate, and second, because he doesn't want children to get their hands on his product.
"We don't want children to get a hold of this as much as anybody else because it distracts from the legitimacy of our business," he said.
At this point, Rotherham, Eldridge and Skye all say there's no going back.
"The shift in people's thinking -- everybody realizes the war on drugs is costing too much money," Skye said.
The revenue has been significant.
"I don't see it going backward," Rotherham said. "They're seen the revenue. It's going to be hard to reverse that."
Plus, he said, everybody wants to be involved.
"Right now people are trying to expand," Skye said. "Everybody is trying to get bigger. They have big dreams."
Copyright 2015 - Greeley Tribune, Colo.
~
Tags:
WeedWorthy Marijuana Legalization News, WeedWorthy Finance News, Bridgett Weaver,
×
Stay Informed

Ben & Jerry's Founders Are Totally Down With Weed ...
The Conservative Case for Legalizing Marijuana