Hot off the press cannabis, marijuana, cbd and hemp news from around the world on the WeedLife News Network.
5 minutes reading time (988 words)

Colorado has a cannabis-friendly hotels 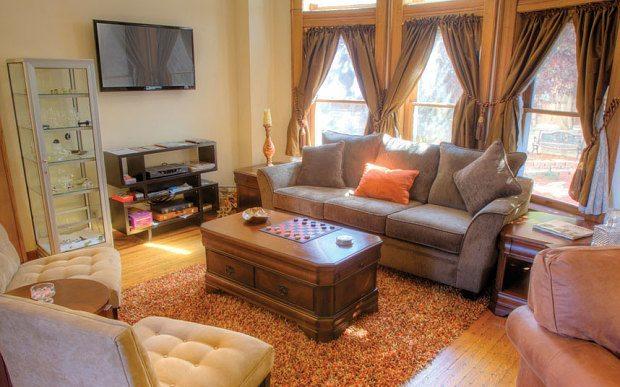 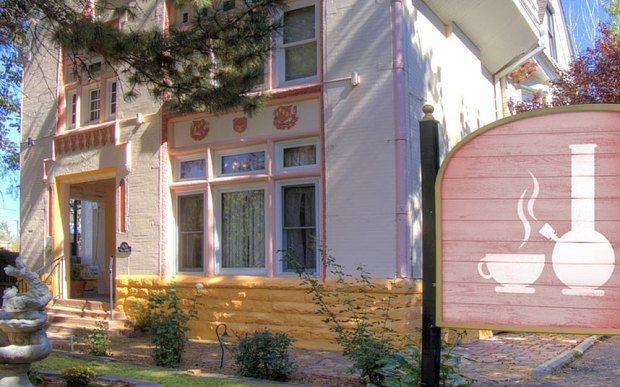 ~
Marijuana enthusiasts will feel at home at one of Colorado’s two cannabis-friendly Bud+Breakfast guesthouses, where the catchphrase is: “We’ll keep the bowl burning for you”.
Guests at both properties, including a six-bedroom house in the a small ski town of Silverthorne, and a four-bedroom historic Victorian home in the town of Adagio in Denver, are offered “Wake & Bake breakfast sessions” which include either a cup of coffee or what management describes as the “uplifting" Sativa strain of cannabis, said to increase energy levels.
All meals at the hotels have been designed to cater for patrons with “a serious case of the munchies”, according to Lisa Schneider, the wife of 55-year-old Joel Schneider, a former securities attorney from New York who launched Bud+Breakfast. The couple moved to Colorado, which last year became the first US state to legalise the sale of recreational cannabis, and where the possession and use of marijuana is legal, to pursue careers in the cannabis industry.
“Happy hour today is pigs in a blanket and barbecue chicken pizza. We don’t serve hard alcohol. We find most people who smoke aren’t big drinkers. They’ll have a glass of wine or beer, but they’re not big drinkers,” she added.
The Adagio hotel - where rooms and suites cost from $179 to $399 per night including "all meals, bottomless mimosas and a plethora of smoking devices including bongs and vaporizers" - claims it does not provide any cannabis products to guests but considers itself “an educational resource” with a “knowledgeable staff” offering information and counselling to any guests asking about cannabis or methods of consumption.
“Upon request, we are able to provide the necessary paraphernalia to allow our guests to try their product without having to purchase additional equipment”, the hotel's website says.
Referencing the “420 culture” of smoking joints both at 4.20pm and 4.20am, both hotels offer a “4:20 Happy Hour” where guests are free to sample various strains of cannabis along with a selection of beers, wines, and hors d’oeuvres in the hotel's communal areas. According to Bud+Breakfast's website, the cannabis strains are provided to “help you achieve a perfect head space” whether guests are hoping to relax after a day spent outdoors or are in need of “a second wind before a night out”.
Guests are free to “smoke, vaporize, or ingest whatever recreational cannabis products you desire” only in the communal areas, as the activity is aimed at encouraging socialising among patrons.
“I was living in a hotel downtown, and I would go into the bathroom and close the door and turn on the fan to smoke,” said Mr Schneider. “I realized it was no fun. I was missing out on the social aspect. Cannabis is meant to be passed.”
Bud+Breakfast also offers private body massages with “maximum healing potential” using infused oils high in the THC, CBD and CBN cannabinoids.
The Adagio hotel was launched last April, followed by the Silverthorne outpost in October, which charges between $149 and $199 per night. The brand is “committed to strengthening the recreational cannabis industry”. The average age of guests have ranged from around 50 to 75-year-old, and have come from as far as Japan, New Zealand, and England.
According to Mr Schneider, the properties have even hosted celebrities and musicians, such as members of the Philadelphia trance music group Disco Biscuits.
Mr Schneider is also planning to open Canna-Camp, currently under development, as an all-inclusive 172-acre lakeside ranch in south-west Colorado. Guests at Canna-Camp will have access to various cannabis-themed events, from horticulture to cookery courses, as well as a pool and hot tub. Mr Schneider is also looking into opening properties in Oregon and Washington.
Marijuana users around the world can now find cannabis-friendly accommodation across the globe through Bud and Breakfast (not to be confused with the Bud+Breakfast hotel chain), which is essentially an Airbnb for cannabis users. The budandbreakfast.com website launched last month to provide a pool of various homes in different countries, from Argentina and Uruguay to Jamaica and the US, that offer weed-friendly stays. Users can enter the dates and destination of their travels to draw up a list of possible cannabis-friendly accommodation options, with prices ranging from $20 to $1,200 per night. The listings provide details including exactly where on the property smoking is allowed, what smoking equipment is provided as well as the best cannabis dispensaries and cannabis-friendly events in the area.
Referring to Colorado as the “Napa Valley of cannabis", Sean Roby, the founder of budandbreakfast.com, hopes that weed smokers will embrace cannabis in Colorado with the same sophistication drinkers approach wine in California.
“I don’t really see too many people who are coming into our accommodations who are the traditional stoner, deadhead, hippie mentality,” he said. “We’re looking at professional people that are coming in for a corporate event that want to have a place to go and relax afterwards, and that’s our clientele,” said he added.
Under a law voted for by residents of Colorado in Nov 2012, known as Amendment 64, the state allows adults aged over 21 to buy up to an ounce of cannabis at the licensed shops. Last year, Colorado’s marijuana retailers were so inundated with tourists that shops said they couldn’t keep up with demand and were running out of stock.
The state made $44 million (£29 million) in taxes from the first year of sales of the drug.
~
Tags:
WeedWorthy Marijuana Legalization News, WeedWorthy World News, WeedWorthy Travel News, WeedWorthy Cannabis Industry News Soo Kim,
×
Stay Informed

How Much Does Colorado vs. Washington Recreational...
Here is Where The GOP 2016 Presidential Contenders...