Hot off the press cannabis, marijuana, cbd and hemp news from around the world on the WeedLife News Network.
2 minutes reading time (494 words) 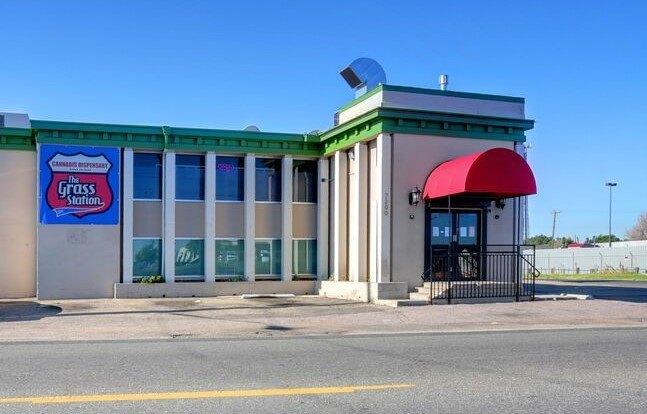 ~
A unique “hiccup” in Colorado’s tax system is creating a 24-hour bonanza for cannabis enthusiasts. It’s also prompting a day of steep discounts at The Grass Station recreational dispensaries in Denver.
On Wednesday, September 16, and for one day only, Colorado is repealing its 10 percent tax on recreational marijuana sales. The fiscal irregularity is due to a state constitutional provision, requiring refunds on some taxes if the amount of that revenue exceeds set estimates.
“This fiscal glitch that we have with the constitution ... that's part of the magic of living in Colorado," Governor John Hickenlooper wryly told the Denver Post in June, when referring to the tax holiday.
Colorado’s one-day tax loss will benefit the state’s pioneering dispensaries, the first in the nation to sell legal recreational pot back in January of 2014.
“I don’t think we’re ever going to see this again,” says Ryan Fox, CEO and founder of The Grass Station, one of the oldest and largest recreational dispensaries in the state. “So we want to take advantage of this opportunity on behalf of our customers and the thousands of patrons that have made us so successful over these past few years, and pass along all of the savings to them.”
According to Fox, both of The Grass Station’s outlets – its original store in Downtown Denver and its newest dispensary in the city’s trendy Stapleton neighborhood -- will offer huge, door-buster deals on September 16.
Anyone inside either of The Grass Station stores by 9:16 a.m. on that day, or in line to enter the stores, will get 50 percent off of everything they purchase. Those customers who can’t make the morning cutoff shouldn’t fret, however: After 9:16 a.m. The Grass Station will match the state’s tax discount for the rest of the day; with 10 percent off everything in the store.
“It will be a bargain day no matter who shows up and at what time,” says Fox. “It’s wonderful to have a day and a good reason to reward all of our customers with this huge savings opportunity.”
Both Grass Station locations will also have additional staff on-hand, just as they did during the Black Friday and 420 holidays, to accommodate the expected flood of cannabis consumers looking to take advantage of another unique day in Colorado’s legal cannabis history.
“We already have the best selection of any dispensary in the state,” Fox adds, “and we intend to be fully-prepared and fully-stocked for all our customers that day.  In other words, we’re not going to run out of anything.”
Tags:
WeedWorthy Marijuana Legalization News, MarijuanaTaxes, Marijuana Tax Revenues, Legalizion of Recreational Marijuana, Ryan Fox, WeedWorthy Top Stories, WeedWorthy Cannabis Industry News Colorado Recreational Marijuana Sales, retail cannabis, Denver, Grass Station, Colorado cannabis tax holiday, Colorado tax law, taxes, John Hickenlooper,
×
Stay Informed