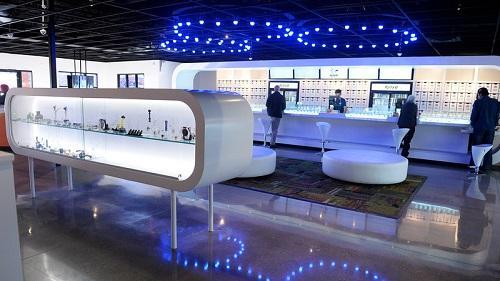 When marijuana first became legal, design was the last thing on the mind of retailers.

They just wanted their stores open in a hurry so they could start turning all that bud into bucks.

Buyers interfaced with sellers though bullet-proof glass windows, as if no one, on either side of the transaction, was trustworthy.

Financially speaking, it was a different story. The money rolled in (and in) and the potential for the cannabis industry became clear.