Hot off the press cannabis, marijuana, cbd and hemp news from around the world on the WeedLife News Network.
3 minutes reading time (673 words)

Cannabis retailers are looking to cash in on the holiday cheer 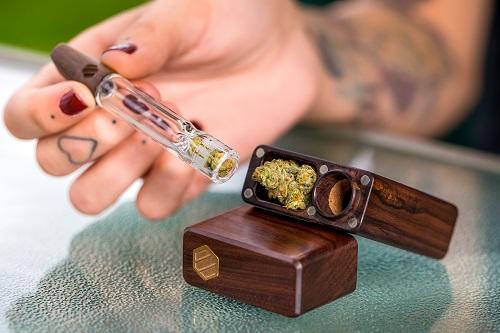 As the movement towards marijuana legalization gains momentum in the United States, a growing number of consumers say they’re becoming comfortable with the concept of purchasing cannabis and cannabis-related items as gifts.

In fact, according to a 2014 survey of nearly 2,200 consumers from Colorado and Washington, states where recreational marijuana is legal for adults, 70 percent believe that it won’t be long before bringing cannabis to a dinner party will become as routine as presenting your hosts with a bottle of wine.

A growing number of canna-centric businesses, meanwhile, say their products are getting good traction with shoppers looking for that unique gift this holiday season.

“Ever since Black Friday sales have been through the roof,” says Greg Gaston, the marketing director of California-based VaporNation; the largest wholesale distributor of vaporizers in the U.S. “This is by far the busiest time for us of the year,” he adds, “we even having a huge holiday sale going on.” Gaston tells WeedWorthy his company’s holiday season sales, on both the wholesale and retail side, are around double the usual per month tally.

VaporNation’s web site offers a large variety of vaporizers to consumers at a wide spectrum of prices, from pocket-sized vapes in the $20 range all the way up to high-tech, tabletop versions that can cost well over $500.

“I always compare it to cell phones,” he says. “There’s always something more innovative coming out, right around the corner. We’ve got something for everybody. If you’re on a tight budget we can get you a vaporizer, or you can take a step up.”

In southern Colorado, meanwhile, Mike Siffin is looking to become the “Milton Bradley of cannabis.” As founder and CEO of Hash Brothers Entertainment, Siffin is launching his ground-breaking “Pipes & Lighters” game this holiday season.

The marijuana board game is played on a customized “Lazy Susan” surface that can double as a “munchies board” and an object d’art. It just went on sale last week at several Colorado dispensaries and record stores. While still in the start-up phase, Siffin says the game is attracting attention nationally and internationally via the company’s social media sites, drawing interest from as far away as Thailand, the Czech Republic and Uruguay.

“There are lots of drinking games out there but we’re bringing to the market the first truly interactive cannabis trivia game,” he says. “It’s an ideal gift for college students, skiers wanting to do something after a day on the slopes. It’s a very unique offering; a great game for people to play over the holidays, to unwind, to learn something along the way about cannabis and perhaps to enjoy with some munchies.”

In Denver, Alan Bader has taken his background in high-end wood manufacturing to establish Elevate Accessories. His operation, according to the company web site, designs and creates “heirloom-quality smoking accessories that are made to last a lifetime.”

Bader’s big holiday seller, he says, is his “dugout;” a small box crafted to hold both pipe and herb, that currently sells in the $80 to $95 range depending on the wood used.

Bader acknowledges his products aren’t geared for younger consumers on a fixed budget, but are instead targeted to the slightly older professional who wants their cannabis accessories to make a statement.

“It’s like Ray-Ban,” he says. “If you’re somebody that spends a little bit more on a pair of sunglasses you’re probably my client; because you understand it’s just those fine touches that make it that much more valuable to you.”

Bader says that in the year-and-a-half since Elevate Accessories began, he’s sold between $40,000 and $50,000 in products. And while he currently sells directly to consumers online, he’s putting together a wholesale strategy for 2016, targeting sales to brick-and-mortar retailers.

“My goal is to elevate (cannabis), to make it so that you’re finally proud to have this cool accessory, he adds, “something that’s forward thinking, locally-made.”

Pot decriminalized in Delaware on Friday - is lega...
University of Vermont College of Medicine to Offer...