Hot off the press cannabis, marijuana, cbd and hemp news from around the world on the WeedLife News Network.
4 minutes reading time (812 words) 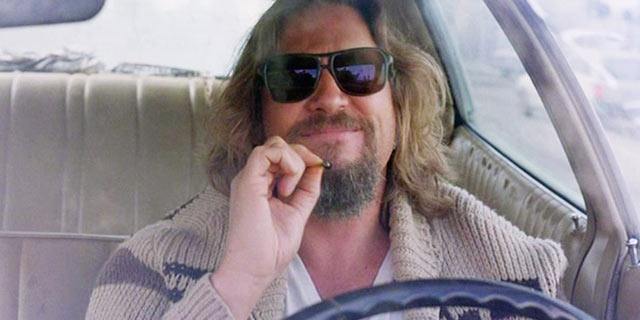 Chris Kilham ~ MEDICINE HUNTER
With legalization of recreational cannabis now in three states and the District of Columbia, and with medical marijuana laws passed in 23 states, there are going to be more impaired people everywhere, including on the road. So what will happen to drivers after cannabis confections, smoked joints or bong hits?

~
Will it be mayhem out on the highway?
The National Transportation Safety Board (NTSB) is as eager to know the answer to that thorny question as anyone. After all, they are responsible for safety on the American road system, among other means and venues of transport. And they collect data – lots of data. In fact, since 1975 NTSB has compiled data on fatal auto accidents and impaired drivers, and they released the results of this decades-long study in November of 2014. Their findings are in a special report entitled “Understanding the Limitations of Drug Test Information, Reporting, and testing Practices in fatal Crashes.”
Analyzing data from all reported auto fatalities going back to 1975, NTSB looked at any cases in which the drivers were known to have drunk alcohol, taken prescription drugs, or used illicit drugs prior to getting behind the wheel. States have established legal blood levels for alcohol intoxication, but not for potentially lethal drugs like Oxycontin, or for cannabis. Additionally, the researchers point out, the presence of a drug in the body does not indicate impairment. There are many variables at play in assessing risk.
Presently, eleven states have established zero tolerance levels for THC in the blood for drivers. The researchers at NTSB acknowledge that this is nonsensical, as THC will persist in the human body long after effects of cannabis have worn off. While the researchers concurred with existing data showing that certain blood levels of alcohol were directly linked with impaired driving and higher mortality, they were not able to establish any level at which THC from cannabis does the same.
This recent paper echoes what NTSB discovered in a series of three studies detailed in a report they published in November of 1993, entitled "Marijuana And Actual Driving Performance.” To assess the effects of cannabis on driving, NTSB conducted three studies, one with drivers who had smoked cannabis on a highway closed to other traffic, one with drivers who had smoked on a highway with other traffic, and a comparative study of drivers who had smoked cannabis and drivers who had drunk alcohol. Results of driving were compared against other subjects given a placebo.
The studies assessed various parameters of driving such as maintaining a steady speed, maintaining a safe position in traffic, following another car in traffic, and urban driving. Additionally the subjects in the study were made to perform simple physical tests to determine levels of impairment.
In the first study, cannabis smokers showed some variation in lateral position, while those who had consumed alcohol showed greater variability, and thus greater impairment. In the second study, cannabis smokers showed modest impairment while tracking- following another car for a long distance at a particular speed. In urban driving, the cannabis smokers fared well, but their perception of how they drove was poorer than what observers saw. The study concluded that cannabis smokers exercise greater caution when they know they are impaired.
What can we glean from all this investigation by NTSB? We can say that cannabis does in fact impair driving, if only modestly. Especially in the instance of tracking, the ability of the drivers to accomplish this well was directly linked to how much cannabis they consumed.
From statistics gleaned from decades of auto fatalities in the U.S., NTSB has learned that cannabis can impair driving modestly, but that alcohol and various prescription narcotics cause far greater impairment, loss of motor coordination, and impaired perception.
These studies may mean that we will not see mass mayhem on the road as cannabis is legalized across the country over time. But in any case, it is foolish to drive impaired even a little bit. The best advice is this; if you are going to drink alcohol, smoke cannabis, or otherwise alter your state with a drug of some type, stay out from behind the wheel. Tokers need designated drivers too.
Chris Kilham is a medicine hunter who researches natural remedies all over the world, from the Amazon to Siberia. He teaches ethnobotany at the University of Massachusetts Amherst, where he is Explorer In Residence. Chris advises herbal, cosmetic and pharmaceutical companies and is a regular guest on radio and TV programs worldwide. His field research is largely sponsored by Naturex of Avignon, France. Read more at MedicineHunter.com.
~
Tags:
WeedWorthy Medical Marijuana News, Chris Kilham,
×
Stay Informed

North Carolina inches closer to legalization of me...
Tribal Marijuana Conference: A 10-Year Window for ...

Why should you buy High-Quality Hemp flower?