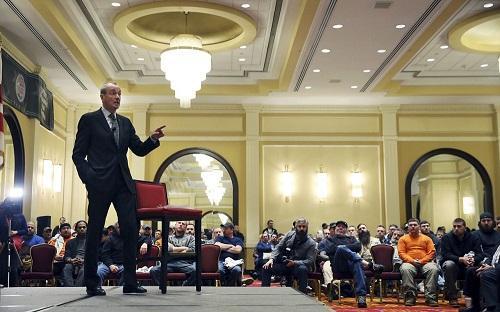 The issue is currently stalled mostly because the current Governor, Chris Christie, has vowed to veto any effort to legalize recreational use of the drug.

TRENTON, N.J. (AP) — The Trump administration recently warned about the potential for marijuana to lead to other drug use, but candidates for New Jersey governor are considering embracing efforts to authorize recreational use in the state.

Homeland Security Secretary John Kelly’s recent comment that cannabis is a possibly dangerous gateway drug comes after Attorney General Jeff Sessions said he is “definitely not a fan” of expanded use.

Underage and shopping for cannabis? Good luck scoring in this U.S. State

How Would The Cannabis Administration And Opportunity Act Work?

Ukraine’s battle for Medical Cannabis – the Campaigners on the Frontline