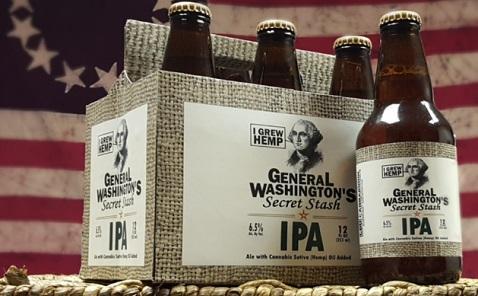 No, it won't get you high. But rest assured, the alcohol still works.

Dad and Dudes Breweria of Aurora, Colorado, has received approval from the Alcohol and Tobacco Tax and Trade Bureau to sell its General Washington's Secret Stash IPA brew, which contains cannabinoids (CBDs) — but no THC — in all 50 states.

“Cannabinoids are a miracle compound, and I thought it would be a responsible choice to put them into beer,” explains Dad and Dudes co-owner Mason Hembree.

“They are an antioxidant and neuro-protectant that have a lot of health benefits.”

How Backyard Pot Farming Is Helping Kids With Auti...
Merle Haggard Joins the Marijuana Business From Be...

Do you know the difference between cannabis strains, phenotypes, and cultivars?

Vegan CBD: What you need to know about this new niche

First time smoking pot? These are the things you need