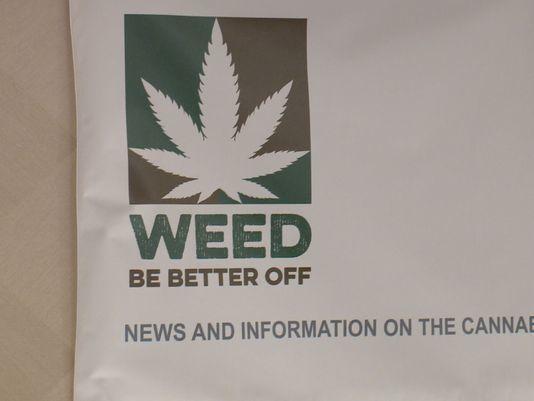 Lots of people attended a cannabis conference in DC over the weekend. WUSA

~
WASHINGTON (WUSA9) -- Whether you want to grow some green or make some green, a cannabis conference this weekend is giving future DC growers and entrepreneurs a crash course in how to do it.
The convention covers what's legally allowed under Initiative 71. The discussion panels and demo booths here are also talking about the industry behind home grow.
"I have a little saying. During the gold rush, the guy who made the most money was the guy who provide the tools to dig for gold. Not necessarily the guy who was out digging, prospecting for gold. And so I think by providing the tools and enabling, and giving them the education they need to be able to build their own businesses. I think that's like they key here," said one woman.
They're also looking to the future market and everything that goes into a marijuana market that allows the sale and taxation of the drug.
"It's across the cultivators, the sellers, the bio-tech companies, the software companies that track the distribution of the product from the grower to the seller. So this industry is not homogeneous," a man at the conference stated.
Many potential entrepreneurs attended the convention to find out how to make their mark.
"So me being here, and I'm just a cook actually,I'm at the bottom of the barrel, but I'm just trying to get a head start. Because all you need is really money and a nice team," an area chef said.
But for that potential to be realized, with sale and taxation becoming legal, D.C. At-Large Councilmember David Grosso says that could be another year or so. That's only if things go well.
"My hope is that Congress will resoundly reject those three members who think they can intrude in our business and tell them to butt out and let us do what we need to do. They've never seemed to worry about how we regulated alcohol in the District so I'm not sure why they're all of a sudden worried about marijuana and I think the whole country's shifting so they're going to be left behind," Grosso stated.
~
Tags:
Legalizing Marijuana in Washington DC, WeedWorthy Marijuana Legalization News, WeedWorthy Activism News,
Marijuana Crowdfunding Platform CannaFundr Wants t...
Former Governor Gary Johnson Says 25 States To Leg...