Hot off the press cannabis, marijuana, cbd and hemp news from around the world on the WeedLife News Network.
3 minutes reading time (565 words)

Cannabis compliance: a painstaking but essential part of the legal industry’s growth 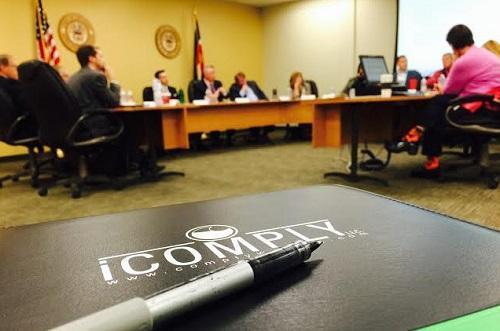 As the legal marijuana movement grows so does the need for compliance professionals, who can assist those businesses in staying out of regulatory trouble.

In just two years’ time, the business of legal marijuana has grown into a multi-billion-dollar industry. And due to that dramatic growth the legal cannabis sector is having cope with a rapidly-changing regulatory landscape, as it attempts keep up with a wide and constantly-changing spectrum of laws and rules in each of the different states and communities where pot is legally grown, prepared and sold.

It can be hard if not impossible for cannabis entrepreneurs to stay aware of all the rules and regulations. Cities like Oakland, California, for example, are working on new standards for medical marijuana dispensaries. Meanwhile in Colorado, state lawmakers are struggling to create a certification program for commercial marijuana growers that would eventually lead to a “pesticide-free” certification for cannabis products.

All these changes mean legal marijuana companies now have to deal with local rules and regulations that might have hundreds of pages of detail, and that are evolving at a rate that makes it a challenge to stay on top of those laws.

“We deal with literally more pages of rules and regulations with cannabis (laws) than they do with the gas and oil industries in Colorado,” says Mark Slaugh, the CEO and founder of iComply, one of the oldest commercial cannabis compliance firms in the U.S.

With offices in Colorado Springs and Denver, iComply was founded to help legal cannabis vendors navigate their way through an increasingly-complex web of government prohibition and regulatory issues.

iComply works with companies; training their staffs on issues such as official inspections, assessment programs, product development and operating procedures. The firm also represents companies that run afoul of the law when it comes to keeping up with regulatory affairs.

The biggest challenge facing most legal cannabis companies, according to Slaugh, is when those businesses think they’re being compliant – but, in fact, are not.

“Most of the time people aren’t purposefully trying to break regulations,” he tells WeedWorthy. “It might be something they don’t pick up on; sometimes it’s pretty glaring issues. No matter how good the brand is or the business is, that gap in knowledge or that blind spot can be the difference between life and death for a business.”

iComply’s staff is currently working with about 130 clients in a variety of states and U.S. territories, and is constantly having to update their data on the latest cannabis laws.

“It’s a huge challenge,” says Slaugh, “and why there’s a need for full-time compliance people. It’s being consistent and accurate. We take very seriously our core values of having integrity in everything we do. You can’t have compliance without having every “I” dotted, every “T” crossed. We set pretty high standards for ourselves.”

And while some cannabis enthusiasts may mourn the regulation of what was previously a free-wheeling and underground market, Slaugh says compliance helps advance the legal cannabis industry by showing it to be a transparent, law-abiding and progressive business sector.

“I think most importantly is dispelling the myths, the rumors and stigma around cannabis; its producers and its users, which continues to play influence on the regulation,” he adds. “We’re seeing rapid change now with marijuana legalization, and a lot of that has to do with complying with the laws.”