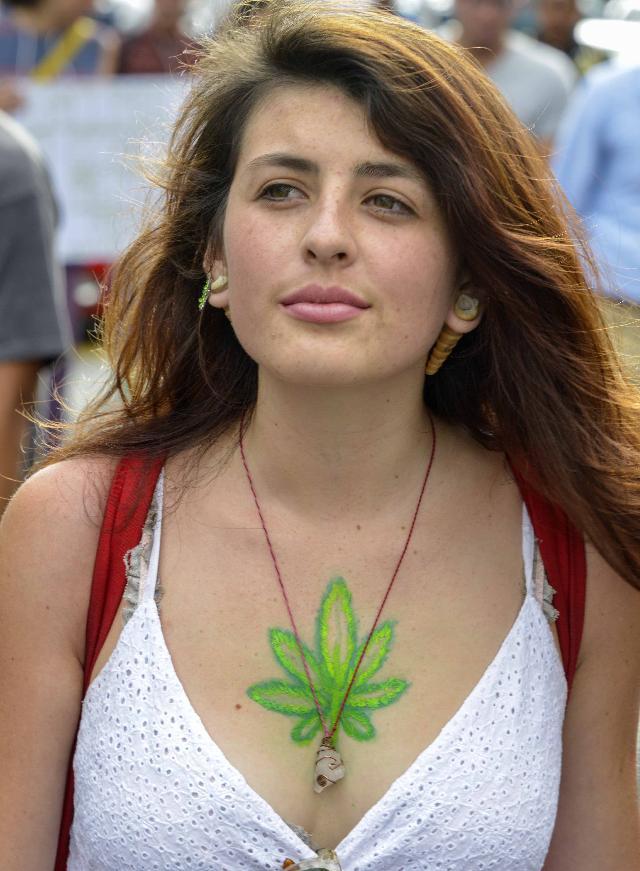 ~
Go to the many (and there are many) marijuana conferences and you will see mostly  men. The lack of women reminds one of the old days of Wall Street.
One the one hand it makes sense – more men have tried marijuana than women according to a Gallup poll, it’s 47% men vs. 30% women. However, the Gallup poll says then when it comes to current usage, the gender gap is minimal with 8% of men currently using marijuana vs. 6% of women, but again more men than women. Women seem to stand out more when looking at marijuana as an alternative medicine. Mama bear will do anything to help her baby, even if it means a potentially polarizing option.
One reason that women are reluctant to be more publicly involved is the stigma associated with marijuana. If you are in the cannabis industry or maybe live in California or Colorado, there is certainly less baggage. If you stray outside these areas, marijuana is still considered a dangerous drug. The images from the 1930′s era of William Randolph Hearst’s yellow journalism of women engaging in sex orgies after smoking marijuana had a huge impact that continues to resonate today. It brought horror, shame and despair to these women that used the devils harvest.
Many moms just do not want to be labeled a druggie mom. “We have some incredibly dynamic businesswomen in the Harborside organization,” said Steve DeAngelo, Co-founder and Executive Director of Harborside, which is the largest dispensary in California. “Most of them are moms and are reluctant to step out into the limelight for that reason. Our moms need to go to the PTA and when other moms talk about their jobs, it’s hard. It’s challenging for the moms.” DeAngelo also said that within the industry these same women are well known and well regarded.
Women that choose to be pro-cannabis have to worry about the effect on their children and their jobs. Jasmine Hupp of Women Grow a cannabis networking organization agreed saying, “What’s special is how many women are having their children taken away because of cannabis being in their home.” Hupp said, “We get at least one call a month from a mother who has had her children taken away or threatened to be taken away because she is a medical marijuana patient.”
So, it is a huge step for women to be vocal about medical marijuana, much less get in on the business side. “A lot of women are missing out on this brand new business, partly because of the stigma, that this is a bad thing to do.” said Hupp. WomenGrow is trying to overcome these issues. It promotes women to launch businesses through networking events and various programs. It also guides women to help with the political side of the industry.
Hupp noted that women did feel intimated when going to various marijuana events and conferences because of the overwhelming number of men. Her group’s visibility gives women a place to feel comfortable and accepted. It’s sponsored by over 50 companies, so there is support for the women from within the industry. Even DeAngelo’s ArcView group has tried to create special events for women in cannabis. “I’m the proud son of a feminist mother,” said DeAngelo.
For now, the women brave enough to venture into the cannabis sector are starting in traditional female roles. Opening edible companies or working in human resources at a cannabis company. There are some women in the tech side and many women who are care givers that have found themselves in the dispensary side of the business. Hupp wants to encourage more women to get into the business and she feels funding is an issue. Her group has 30 chapters now and is actively working to promote women. The group is particpating in a New York cannabis conference in June and regularly does webinars to help women learn to pitch cannabis businesses. Hupp believes medical marijuana and women are a natural fit. “It’s all about getting people the help they need,” said Hupp and “Women are natural care-givers.”
~
Tags:
WeedWorthy Marijuana Legalization News, WeedWorthy Finance News, WeedWorthy Cannabis Industry News Debra Borchardt, Women Grow, Harborside, Steve DeAngelo, Jasmine Hupp,
Kansas marijuana bill hits roadblock in state Sena...
Legal Marijuana Business 2015: Accurate Testing Fo...