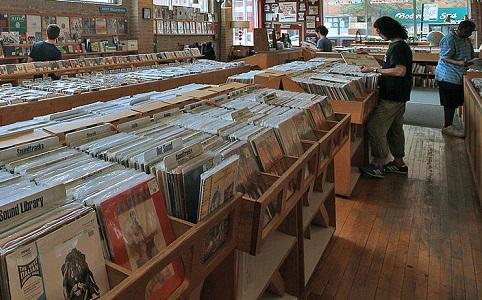 With music retailers getting into the dispensary business or aligning their physical location with pot shops, the long-standing symbiotic relationship between music and weed may finally be (legally) monetized.

It seems miraculous that any music retailer has survived the demolition-like forces that piracy, downloading and streaming have unleashed during the past 15 years.

CD sales have plummeted from $9.4 billion in 2006 to just $1.5 billion in 2015, according to the RIAA — an 84 percent drop — and the much-ballyhooed vinyl resurgence has done little to staunch the bleeding, making up only 6 percent of physical sales in 2015.

Medical Cannabis Gets a Hearing in the EU Parliame...
Delaware: Rally for marijuana legalization held in...