Can cannabis prevent or reverse Alzheimer's? 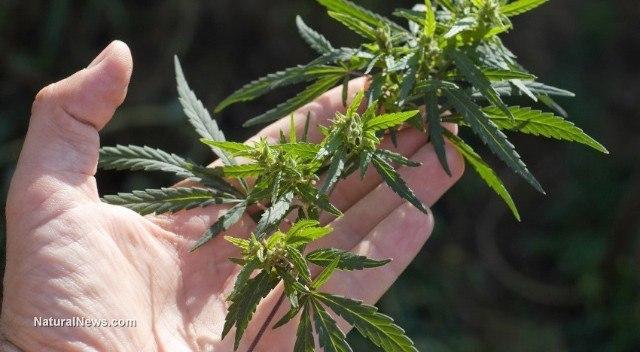 ~
Alzheimer's rate of occurrence has increased exponentially over the past few decades and has positioned itself near the elite disease killers of heart disease and cancer.
There are also herbs from Traditional Chinese Medicine (TCM) and Ayurveda that are helpful, while Big Pharma flounders with toxic failures to create a profitable Alzheimer's pharmaceutical that might help more than harm. And now there may be another effective non-pharmaceutical solution to add: Cannabis.
Earlier "testing" had maintained that serious memory loss occurs from using cannabis. But those tests were rigged to placate the DEA (Drug Enforcement Administration) and "just say no to drugs" presidential administrations. By the way, marijuana is a plant, not a drug. Pharmaceuticals are drugs.
Independent testing since marijuana has been established as medicinally effective and safe has concluded that long-term marijuana users do have their memory intact, and that it is even effective for restoring memory lost to brain disease damage, such as Alzheimer's.

Studies that defy the "stoner" image of memory loss

A 2013 animal study (mice) in Spain, entitled "CB2 cannabinoid receptor agonist ameliorates Alzheimer-like phenotype in AsPP/PS1 mice," researched the effects of cannabis for Alzheimer's.
The researchers concluded:
[T]he present study lends support to the idea that stimulation of CB2 [cannabinoid] receptors ameliorates several altered parameters in Alzheimer's disease such as impaired memory and learning, neuroinflammation, oxidative stress damage and oxidative stress responses, selected tau kinases, and tau hyperphosphorylation around plaques.
But that's not the only recent Alzheimer's study that has come to similar conclusions. Researchers at Florida's Roskamp Institute came up with the most advanced understanding of Alzheimer's mechanics and how cannabis demonstrates efficacy without toxic side effects.
Their study was preceded by similar research on cannabis efficacy for Alzheimer's by Neuroscience Research Australia and Ohio State University.
Gary Wenk, PhD, professor of neuroscience, immunology and medical genetics at Ohio State University, told Time, "I've been trying to find a drug that will reduce brain inflammation and restore cognitive function in rats for over 25 years; cannabinoids are the first and only class of drugs that have ever been effective." [emphasis added]

An anecdotal report of cannabis for Alzheimer's

A woman tells her arduous caretaker story of helping her mother through her final stages of Alzheimer's by getting her on medical marijuana and off pharmaceuticals in stages.
Her mother, who had arrived to the daughter's Oregon home while she was around 80, was not the type who took advantage of holistic medicine and organic foods and supplements.
In addition to her Alzheimer's medications, she was on several other meds for additional ailments. The daughter had arranged for her Mom's Oregon medical marijuana permit and worked on weaning her off pharmaceuticals with an MD while plying her with increasingly high dosages of cannabis edibles.
Even the doctor, who doesn't normally sign medical cannabis cards, noticed the dramatic improvement, exclaiming, "I wish all my Alzheimer's patients were on cannabis. Look at her quality of life!" She kept signing her mother's medical marijuana renewals with no questions asked.
The crafty inclusion of home-cooked organic meals with different cannabis edibles while taking care of her mom produced very positive results with her cognitive abilities, improved her memory, and made her much more sociable and cooperative instead of feisty, angry, inappropriate and antisocial. These are all difficult-to-manage symptoms of Alzheimer's.
The mother did pass away peacefully and lovingly at age 83 after the mother-daughter bond was firmly re-established. She exited the earthly realm in a much better state than if she had not been exposed to cannabis treatments.

Conclusion: Human trial test subjects have died from pharmaceutical attempts, which had to be scrapped, to create an effective Alzheimer's drug or use an existing one "off label", such as Pfizer's Celebrex.

A major point of testing man-made drugs is to determine toxicity. Why bother trying to determine the risk-to-benefit of a drug that is almost certain to have some adverse side effects when there are totally safe and effective options available, such as coconut oil and cannabis?