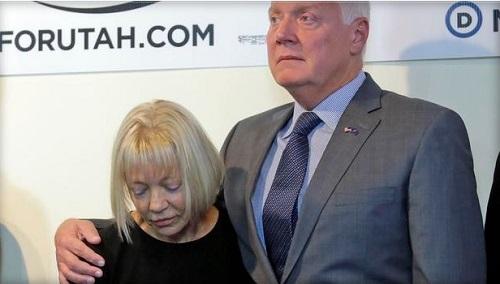 SALT LAKE CITY -- Hours after his wife pleaded guilty to misdemeanor pot-possession charges connected with two pounds of the drug found at their house, Utah’s Democratic candidate for governor pushed Tuesday for the legalization of medical marijuana.

Mike Weinholtz said during an emotional news conference that current laws leave doctors with little choice but to prescribe powerful painkillers with a risk of addiction that have made opioid drugs an epidemic in Utah and elsewhere.

Pot reduced Donna Weinholtz’s pain so she could do things like ride bikes with her son and plant tulip bulbs, the couple said.

“What would you do if the person you love most in the world was faced with that decision?” he said.

Top 5 Highlights of the Second Annual Southwest Ca...
Gallup Poll: Support for Legal Marijuana Use Up to...