Hot off the press cannabis, marijuana, cbd and hemp news from around the world on the WeedLife News Network.
3 minutes reading time (699 words) 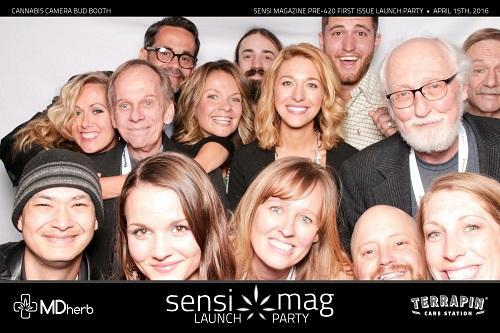 The Denver-based Sensi Media Group is launching pro-cannabis publications that focus on local issues, trends and lifestyles, with the goal of shifting the national focus away from marijuana’s outlaw past.

Has Colorado established the “new normal,” when it comes to marijuana legalization in the U.S.?

That’s the premise of a column by Ron Feeman, chief content officer and editor for Denver-based Sensi Magazine, in that publication’s premier issue.

“No one beyond our borders seems able to fully comprehend just how the legalization of cannabis is working out here, or that it’s happening at all,” he writes in the May issue, “It’s a mystery to many people, a source of jokes, or envy, or consternation, or anger, depending on where they stand on the subject.”

That new normal is also one of the driving forces behind the Denver-based Sensi Media Group; which is looking to take the template of their current Colorado publications and apply it elsewhere, to other cannabis-friendly cities across the country.

“As we go city by city, we’re going to represent the cities that we serve,” says Sensi Media founder and CEO Ron Kolb, who has decades of experience in the publishing sector. “So L.A. will look like L.A., Portland will look like Portland, Seattle will look like Seattle.”

Kolb sees Sensi Magazine as “a general population city magazine that’s pro-cannabis,” rather than a cannabis magazine that covers a particular region. And he says he wants Sensi’s publications to ring true in the cities they serve.

“You should be able to pick up a magazine and feel connected to it,” he tells WeedWorthy. “Not because it’s tied to cannabis but because it’s your city: it’s where you live and it’s the city that you call home.”

Sensi is a “controlled distribution publication” that targets locations it believes will benefit its sponsors. It also has to navigate Colorado’s strict regulations when it comes to cannabis advertising and media. The magazine is currently being distributed through dispensaries, coffee shops, wellness centers and other cannabis-friendly locations. It is also launching online applications for the Android and Apple platforms.

Sensi’s mission, according to Kolb, is to show how cannabis is just one part of a city’s culture and social scene. And the advent of legal cannabis two years ago, he says, means getting past the marijuana stereotypes that have been part of the media landscape for decades.

Sensi features cannabis-related articles on local events, topics and news-makers, as well as trending restaurants and cultural outlets. It’s written for both established locals as well as visitors who want to experience the wide spectrum of metro Denver’s legal marijuana scene.

“We’re targeting the 30-plus reader and the mom who’s not an everyday smoker but that’s ‘canna-curious.’” adds Kolb. “The mom that’s looking at (cannabis) as something that could be good for their family. That is the population that we can really grow and shift with.”

Sensi is now actively recruiting publishers in cities outside of Colorado, in states where cannabis has made legal inroads. Later this year they hope to have the beginnings of new publications established in ten additional cities, with 200 more targeted over the next six years.

And while the magazine is taking a broader view of the urban cannabis lifestyle, especially when compared to many other marijuana-themed publications currently on the market, it requires its staffers to be well-versed in cannabis and its issues.

“Everyone on our team is tied around the passion (of cannabis legalization) and wanting to change perspectives,” says Sensi publisher Tyler Tarr, who came to the company from a medical marijuana campaign in Florida. “That’s really what attracted me.”

For his part, Kolb believes there’s an audience waiting, and not just in Colorado, for a local lifestyle magazine that just happens to be pro-cannabis. “Our core focus,” he says, “is to shift the culture nationally; to show what it’s like to live in these communities.”