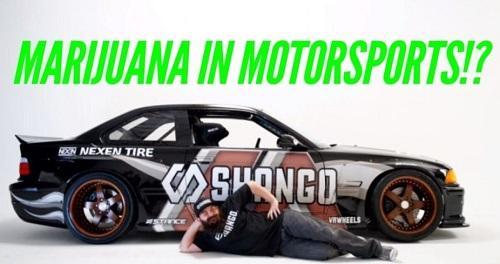 With most forms of professional motor racing in need of new sponsorship streams, the marijuana growing and dispensing industry could be an obvious avenue to consider.

In a story straight from the That Makes Total Sense department, Formula Drift driver Danny George has secured sponsorship from a marijuana dispensary to support his efforts in a sport where large plumes of smoke are already an accepted norm.

Billed as the "First Cannabis company in Motorsports," a sparky, drummy video released earlier this week confirmed the Portland-based Shango Premium Cannabis brand will adorn George's car for the season.

With dispensaries in Oregon and Nevada, teaming up with the Las Vegas native to compete in Formula D was an obvious fit for Shango founder Brandon Rexroad.

Stoner Stereotypes Fall Away As Cannabis Is Rebranded - Cannabis News

Where to Stash Cannabis Cash? Tribal Nations Make Bid to Bank It