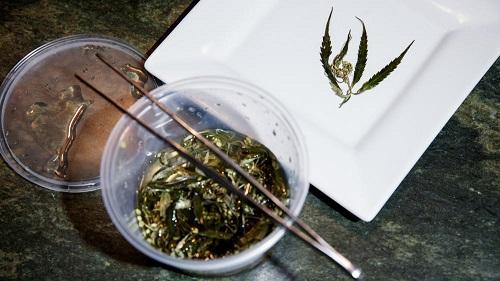 Welcome to the world of bespoke culinary cannabis, where fine dining’s playbook is re-imagined for the moneyed marijuana enthusiast.

“I remember the first time I smoked OG Kush,” chef Holden Jagger says. “I thought it tasted like Mexican food.”

The 32-year-old chef is prepping for a dinner party, perched over the stove browning pears in a cast iron pan slick with duck fat.

It's a familiar task for Jagger, who spent six years — under the name Holden Burkons; he now uses his middle name, Jagger, as his last — working pastry stations under chef Tom Colicchio at Craft and Curtis Stone at Maude, as well as a long stint at Soho House, the members-only celebrity haunt on Sunset Boulevard.