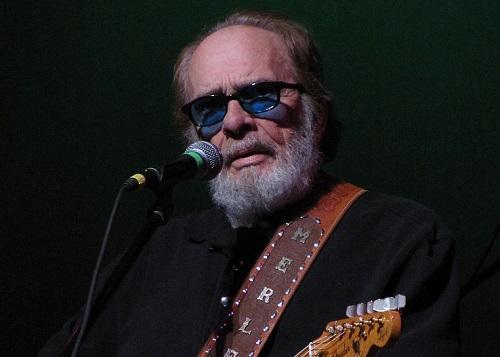 Haggard was a well-known marijuana smoker who often smoked before going on stage to perform and said he stopped when medicinal marijuana became legal in California. “There’s no way I’m going to smoke somethin’ that’s legal, so I quit,” he said. “But I think it’s like onions: You ought to be able to grow it if you want it.”

Merle Haggard, the prolific singer-songwriter whose autobiographical outlaw songs and political anthems are loved across generations of fans, died April 6 surrounded by family at his home in Palo Cedro, California.

Inducted into the Country Music Hall of Fame in 1994, Haggard was instrumental in developing the Fender Stratocaster twang and rugged baritone voice of the Bakersfield Sound and recorded 38 No. 1 hits, including “I’m a Lonesome Fugitive,” “Mama Tried” and “Sing Me Back Home.”

Haggard, although best known for his 1969 classic “Okie From Muskogee” which protested the counterculture of the time, had evolved his stance on the marijuana plant over the years.