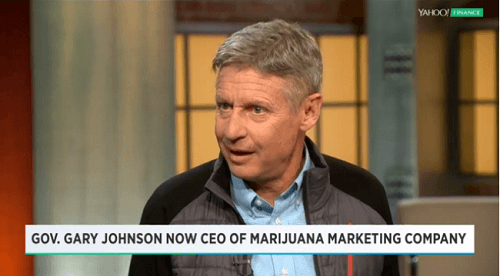 Gary Johnson has a backup plan. If the Libertarian candidate for president doesn’t win the White House in 2016, he hopes to profit handsomely from a timely investment in the marijuana business.

In fact, he might enjoy that profit even if he does win the White House. Johnson is the former governor of New Mexico (from 1995 to 2003) who ran for president as the Libertarian candidate in 2012.

He’s also a successful businessman who built one of the largest construction firms in his state before running for governor.

If he wins his party’s nomination at a convention in May, he’ll mostly likely appear as a third-party presidential candidate in all 50 states.