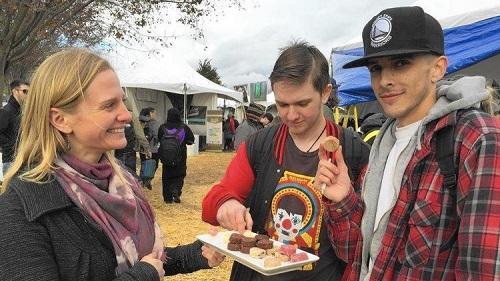 Forget prize piglets, pie-eating contests and sheep-shearing demonstrations. This fair is dedicated to showcasing the very best marijuana grown in California, and by extension, the world.

Cannabis-wise, we are in a remarkable moment. The prohibition that has put California growers and users on the wrong side of the law is breathing its last gasp, having sustained a major blow in 1997, the year voters legalized medical marijuana.

The smart political money (and there's a lot of it) is on total legalization, sooner rather than later.

So when more than 20,000 people showed up at the Sonoma County Fairgrounds last weekend — most carrying medical marijuana cards, making it legal for them to partake — you can't help but feel that the battle is over. No one is sneaking around anymore.

Activism 18 December 2015
WeedWorthy News Network uses cookies to ensure that we give you the best experience on our website.
I accept